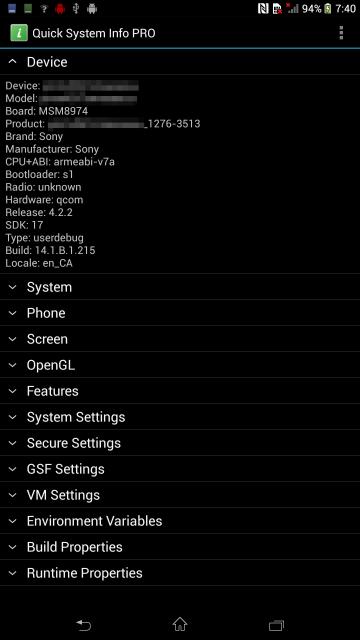 A couple of screenshots from the coming phablet, the Sony Xperia Z Ultra (codenamed Togari, also called Xperia ZU) has leaked out. It's from a prototype, and in the screenshots we can see that the display is 6.21-inch with 1080p resolution. The odd screen size is probably because the onscreen touch buttons takes away some screen real-estate. This display size is probably 6.4-inch as I've said before.

The screenshots also shows the chipset Qualcomm MSM8974, and that is the Snapdragon 800, with Adreno 330 GPU. It will also run Android 4.2.2 and have 16GB internal storage and 2GB RAM.

And this is a phablet I am very interested in. It's one of three phablets I will decide to buy between: Xperia ZU, Galaxy Note 3 and the HTC One Max. 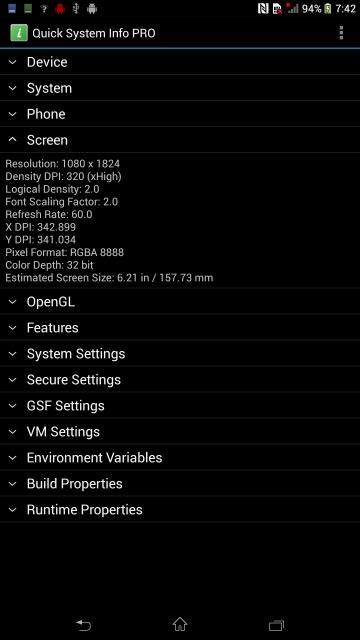 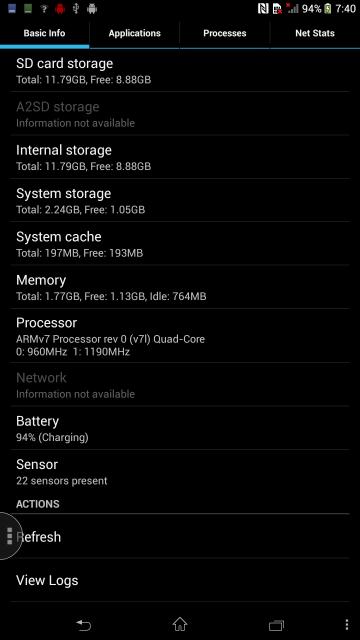 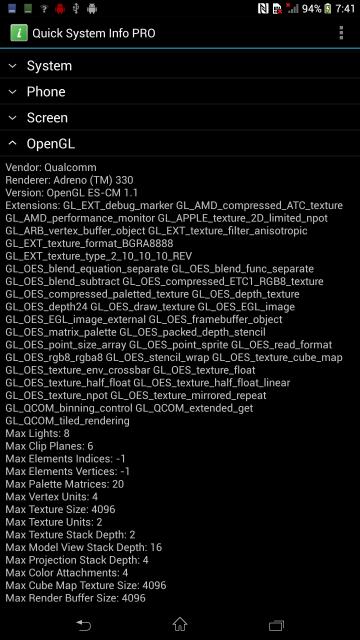 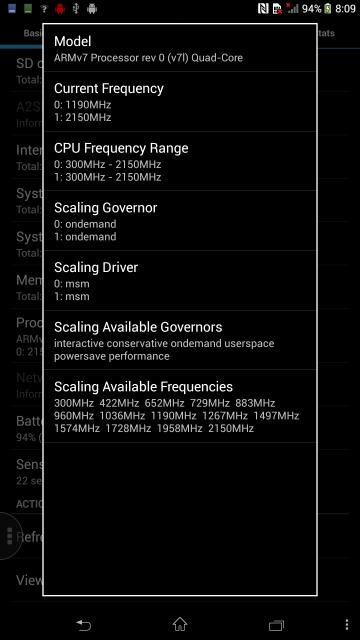 Here is the earlier leaked specs of the Sony Xperia Z Ultra (ZU):

Here is an earlier leaked image: 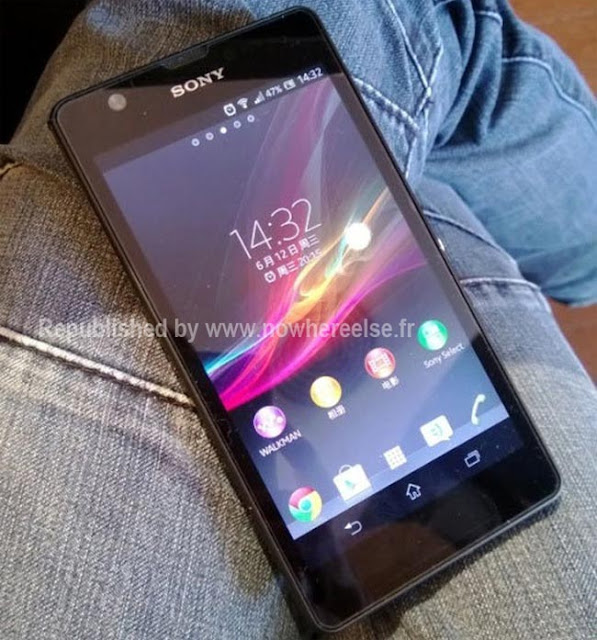