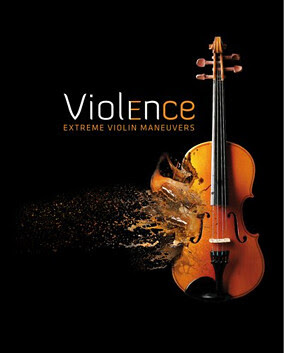 Vir2 and Time+Space unveils Violence: Extreme Violin Maneuvers, a Kontakt powered Instrument for both Windows and Mac OS. Here is the press-release:

Vir2 have had a hugely successful year with the release of several top selling titles including MOJO and the more recent, Electri6ity. Their latest release - Violence - is an innovative Kontakt-powered virtual instrument which focuses on extremely unusual textures, manglings, distortions, and perspectives on the solo violin.

Created for both musical use and sound design, Violence features an unprecedented deconstruction of a solo violin recorded from numerous angles: bowed, scraped, hit, plucked, played with mallets, chopsticks, guitar picks, and wet fingers. The sound design was then repitched, layered, and post-processed through an array of unusual tools to produce sounds not found in other virtual instruments.

More than eighty unique patches have been designed, each with a custom set of scripted knobs and controls all conveniently organised into four categories of sounds: Drum Kits, Melodic, Pads and Sound Effects, and Tempo-Synced.

The inspiration for Violence came from the influential American composer John Cage, whose extensive experiments with prepared piano yielded new timbres and effects - what Cage did on the piano, Violence brings to the violin.