This week Loopmasters is focusing on two-key sample packs: Afro Brasil Parade Vol 1 which draws on the resources of the highly talented Da Lata a Brazilian-influenced British group who traverse the sounds of Jazz / Afro / Samba and much more. Second up is Groove Tech which focuses on the new sound of Ibiza, more groove-laden, infectious loops for you to produce away with! 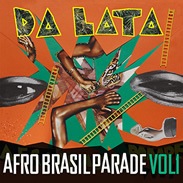 Da Lata are an act which have constantly fused many live musicians, singers, percussionists and DJs together over the years and are considered one of the leaders of the Jazz/Afro/Samba/Live Funk crossover genres who have maintained a constant presence in the Dance/Fusion crossover scene for the last decade and who are seriously respected for the quality of their productions and live performances. 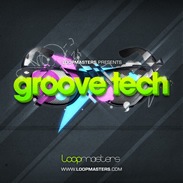 Groove Tech take inspiration from what is being called "The New Sound Of Ibiza" and is without doubt the freshest House sound of the year. Moving away from harder and tougher sounds that have dominated the club scene in recent years, and following the trend for tunes that have really solid and infectious grooves with original and innovative percussive elements that work in a main room just as well as the backroom.