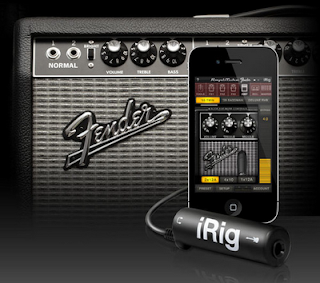 This is a very cool iOS music making app that emulates some classic Fender amplifiers.

IK Multimedia has launched its Amplitube Fender app for iPhone, iPad and iPod touch. The new app emulates a number of classic Fender amp and stomp box tones and was designed in conjunction with the tone gurus at Fender. Like the original Amplitube app, it works in conjunction with the iRig interface adapter. The six included Fender stomps include Fender Phaser, Fender Blender, Tape Delay, Overdrive, Compressor (by registering) and Noise Filter. It also includes five amps with matching cabinets including the '65 Deluxe reverb, '65 Twin reverb, '59 Bassman LTD, Super-Sonic, and Pro Junior. http://j.mp/fMhwQm