Switching from iOS to Android is very hard 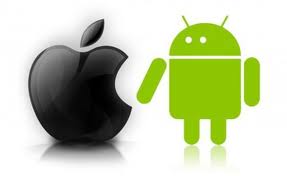 It would be very hard for me to switch from iOS to Android, because I am so very deeply into the Apple eco system. I have bought hundreds of apps for iOS, and some of them are non-replaceable. They simply don't exist for Android. No apps can replace them. They aren't good enough on Android.

That's a huge drawback with Android, the biggest and greatest developers are not making Android apps. They make iOS apps. Especially if you are a Mac guy like me, then you usually want an iOS version of an Mac app you use. For example OmniFocus that syncs perfectly fine with your iOS devices.

And all iCloud based app then? They can never be replaced on Android.

So the user experience and software is almost more important than hardware for me.

Of course I can always buy the Nexus 7 for example, because it's more an consuming device, and for that there is good enough apps on Android. But never on a phone where I need to be productive and creative on. There I need my eco system, my huge investment in apps.

"I still haven't found replacement apps for some of my apps. For example OmniFocus. There is no Android app that is so good and have the same features. It's not only me that have said that. OmniFocus forums is filled with requests from android users that has switched from iOS, to the developers to make an android app. But they won't."

"There is no replacement for OmniFocus, I've gone through the whole category with GTD and task management apps in Google Play ;)﻿"

"I have invested a fortune buying apps for iOS. I won't do that again on another OS.﻿"

"what of the time that apple just doesn't do as well? I get what you are on about. Just crazy to think about i guess. ﻿"

" if Apple and the iPhone would go away somehow, I am of course forced to start all over again, and my huge investment into their eco system would be wasted.﻿"

" I think it would be the same thing, same problems to go from Android to iOS. Maybe not as hard, because it is more common you buy apps on iOS than Android, but habit is hard to change."

"I am very tempted to buy the Nexus 7"

"I feel more comfortable buying at the Google Play station for my phone and tablets - whilst my kids shell out €s at iTunes for games and stuff (translate this into "there's enough for the grown up (knowledge worker) on the Google side of things" if you wish ;)﻿"

"i was considering an ipod until they announced the lightning port﻿"

" I prefer all my productivity and creativity apps on iOS"

"Have you looked at Evernote?
I don't know specifically what features you are looking for, but I have found that most of the time, the hang up with switching apps is just how you are actually using the app and just being able to modify that routine with the new app."

"I use Evernote but that is not a GTD and Task Management system. It's for notes. Of course you can do simple todo lists with it, but that is not as far as advanced OmniFocus is. Then I rather use some of the simple GTD apps for Android.﻿"

"I am up for upgrade and my choices are iPhone 5 or galaxy nexus (I won't buy non nexus android). To make a fair decision I decided to use my nexus s with ICS exclusively over next 2 weeks (except for phone part itself) or so. I have spent time and money buying and configuring the apps on iPhone but nowhere to the extent that Stefan has done. Today is day 2 and I am having to restrain from reaching for my iPhone as I am trying to type this comment.﻿"

"There are couple of minor annoyances like missing tap to scroll to top to name one. The bigger struggle is about slow keyboard, the key touch sensitivity and accuracy, the size of the keyboard and fonts, about 3 lines of visible area and looks like i just lost auto correct without changing system settings. Looks like my typing speed is about 1/4 of iphone. These are just a few things but i plan to stick with it and give it fair shot and post my findings and final decision here.﻿"

"Use what works for you. There are advantages and disadvantages to each platform. I'm also pretty firmly in the Apple ecosystem at this point, and we also have a fair number of apps. I have a tablet running Cyanogen that I use to try and keep up with Android developments, and also browser testing with my sites. In my mind, the three main strengths of Android over iOS are NFC, widgets, and 'rootability'... I personally don't need or miss any of those things in iOS. And if I did, I certainly wouldn't hesitate to upgrade. I mean, yeah, I own a fair amount of Apps, but they were almost all 2-5 dollar apps. I suspect I have more apps for less money than most other platforms I've owned. In fact, I haven't spent anywhere need the amount of money on iOS software as I have PS3 and Xbox 360 games, but I'm sure I'll upgrade both when something better comes along...﻿"

" It would probably be the same for me, the other way around. Its what we get accustomed to."

"Some apps to ios don't been ported to android, that can be hard"

"My latest stint on Android is coming to an end. Selling my One X. Pre-ordered iPhone 5"