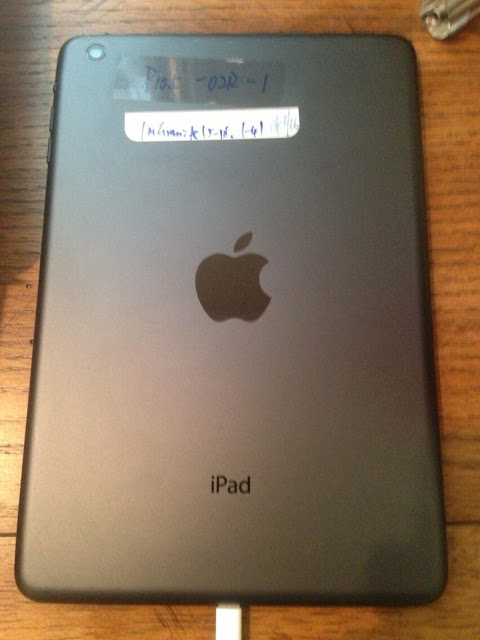 A photo of the back of an upcoming iPad has leaked out. The placement of the rear camera is a bit different, and it looks like an additional mic on the back for some spatial sound recording. And it looks to be slimmer. But hard to tell if it's a slimmer iPad 5 with smaller bezel, or the iPad mini 2 though.

The rumors says that the iPad 5 will be 15% thinner and a third lighter than the iPad 4.


Other rumored specs are: