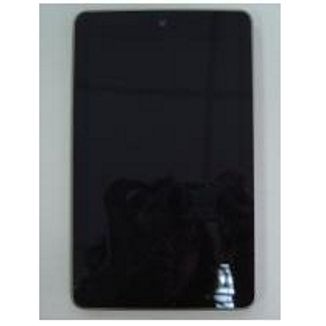 The new Nexus 7 is rumored to go on sale in July, and next-generation of Google's Nexus 7 tablet has appeared in a photo over at the Bluetooth SIG. According to the FCC, this is the recently approved ASUS K009, the LTE version of the new Nexus 7. And I must say that this is a highly interesting device. It will probably sell in droves. Too bad it is not sold through the Google Play Store internationally, so it will be much more expensive here where I live...

It features "a 7-inch  LED-backlit capacitive multitouch screen for easy carrying and fantastic multi-media experience everywhere. It is empowered by Qualcomm Snapdragon 600 quad-core CPU with the highest performance.”

The screen resolution is still not revealed but it probably has a full HD resolution display. Other specs is Android 4.3 Jelly Bean, a 5 megapixel camera, 1.2 megapixel front-facing camera, and a 3,950 mAh battery.

And if you look at the image very closely you can see that the bezel is thinner than the current Nexus 7.
The price for the new Nexus 7 will start at $229 for the 16GB version, and it looks like it will support AT&T, T-Mobile and Verizon LTE.

My video about this:

Here is an earlier vlog where I talked about this 7-inch tablet: