Another image of the coming super phone, The Nokia EOS, codename Elvis has leaked out. This time the Nokia EOS lies to the side of a Nokia Lumia 920 and it’s very hard to tell the difference between the two. the design is very similar. The only way you can see which is the Nokia EOS is on the much larger camera sensor when it's laying down.

And Nokia has also send out invites for a New York event, and on the invitation card it says “Zoom Reinvented” and “see more from Nokia”, and that probably means that we finally will see the Nokia EOS PureView officially. The event is July 11. 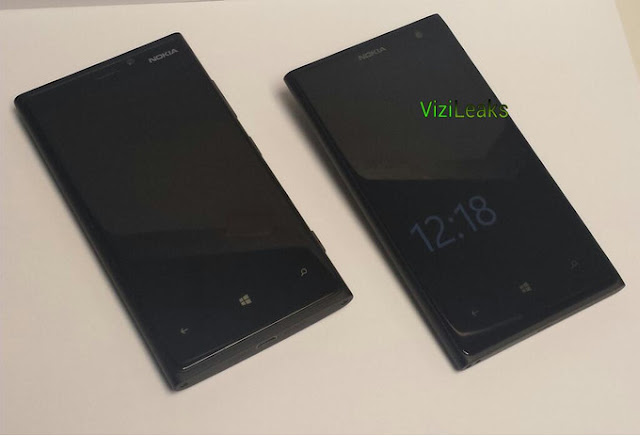 
Here is all the rumored specs of the Nokia W680 EOS: