Apple is working on larger phones and tablets 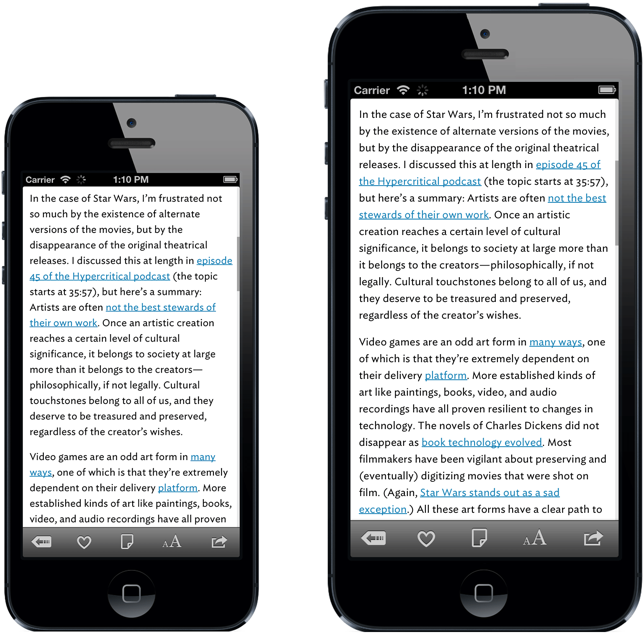 Apple usually drives the technology forward with new kind of devices and solutions, but recently Apple has stagnated a bit when it comes to innovation.

But I know that Apple doesn't care much if they are number one or number two, they want to make products that the consumer wants, and not spit out new devices in droves.

According to Wall Street Journal, Apple is currently testing out iPhones with display sizes that are larger than 4-inch, so called "phablets", a cross between a smartphone and a tablet. And to me personally, that is definitely something Apple needs to do. Phablets is the future. A device as big as it can be for us to always have with us easily in our pockets. Not only that, Apple is apparently also testing a new kind of device with a touch display size of around 13-inch. According to WSJ, that is a new iPad, but I think it's something else, could it be a new breed, a merge between the iPad and the MacBook AIr? I think so, and it will be perfect. Maybe also running on a new operating system called Apple OS, that is OS X and iOS merged. I've been talking about this sometimes before in my vlogs on Youtube.

So if you think about it, it's not so strange really, that Apple is testing out new things, new devices with different sizes, because that is what drives technology forward, drives the innovation.


My vlog about an iPhone phablet:


One of my vlogs about a new MacBook Air with touch display: