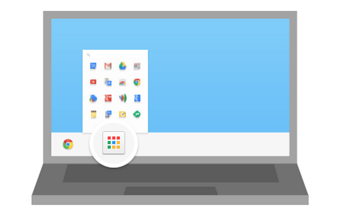 Google launches a new section in the Chrome app store for the new Packed apps that acts like real native apps, I like this a lot, I've been using them for quite a while already on my Mac, and I even have the Chrome app launcher installed on my Mac. Too bad to see that it's not available yet for Mac and Linux though… I hope it won't take to long.

Here is a video where I show the Chrome app launcher on Mac:


Here’s what you can expect with new Chrome Apps:

Work offline: Keep working or playing, even when you don’t have an internet connection.

More app, less Chrome: No tabs, buttons or text boxes mean you can get into the app without being distracted by the rest of the web.

Connect to the cloud: Access and save the documents, photos and videos on your hard drive as well as on Google Drive and other web services.

Stay up-to-speed: With desktop notifications, you can get reminders, updates and even take action, right from the notification center.

Play nice with your connected devices: Interact with your USB, Bluetooth and other devices connected to your desktop, including digital cameras.

Keep updated automatically: Apps update silently, so you always get all the latest features and security fixes (unless permissions change).

Pick up where you left off: Chrome syncs your apps to any desktop device you sign in to, so you can keep working.

Sleep easier: Chrome apps take advantage of Chrome’s built-in security features such as Sandboxing. They also auto-update to make sure you have all the latest security fixes. No extra software (or worrying) required.

Launch apps directly from your desktop: To make it quicker and easier to get to your favorite apps, we’re also introducing the Chrome App Launcher for Windows, which will appear when you install your first new Chrome App. It lives in your taskbar and launches your apps into their own windows, outside of Chrome, just like your desktop apps. Have lots of apps? Navigate to your favorite apps using the search box.