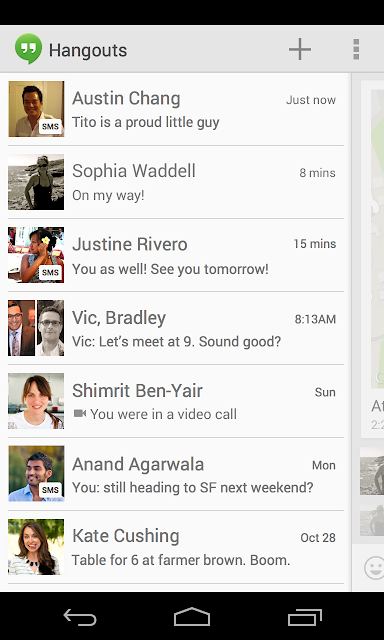 Google announces an update to Hangouts. Now the Hangouts app has location sharing, GIFs and SMS support. SMS support is awesome, but will it work world wide? I mean, so it’s not a “US only” feature? You can now also schedule Hangouts on Air and promote them on a dedicated watch page that looks awesome. And the video streaming in the app gets a new feature that fixes and enhances lighting automatically. That looked totally amazing In the presentation of this feature. That feature alone could make Hangouts the king of video calling apps.

The new location sharing makes it possible to send a map of your current location. That could be a useful feature. The new SMS support means that you can have all your communication in the same app, no need to switch apps, and animated GIFs is now also possible to share in the messages. All inline. Pretty nifty new features.

You can now also control your Hangouts On Air, from the “Control Room” with the eject and remote mute features. The video calling experience is now full screen on both mobile and desktop. 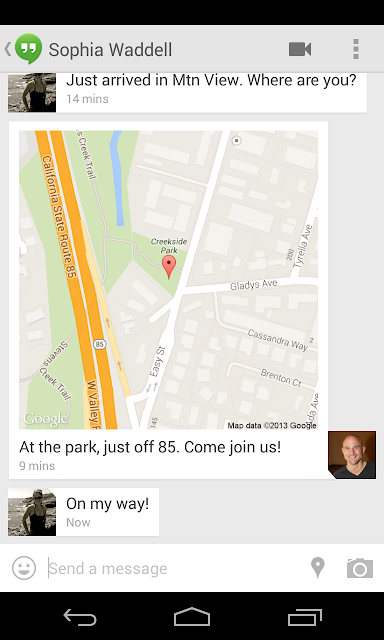 The updated Android app and video calling features will be available in a few days, but the Hangouts On Air improvements will roll out over the next few weeks.