I hope it works as good as on the Sony Xperia Z1: Lens Blur in the new Google Camera app

One of the biggest advantages of SLR cameras over camera phones is the ability to achieve shallow depth of field effects (also known as bokeh). Shallow depth of field makes the object of interest “pop” by bringing the foreground into focus and de-emphasizing the background. Achieving this optical effect has traditionally required a big lens and aperture, and therefore hasn’t been possible using the camera on your mobile phone or tablet.

That all changes with Lens Blur, a new mode in the Google Camera app. It lets you take a photo with a shallow depth of field using just your Android phone or tablet. Unlike a regular photo, Lens Blur lets you change the point or level of focus after the photo is taken. You can choose to make any object come into focus simply by tapping on it in the image. By changing the depth-of-field slider, you can simulate different aperture sizes, to achieve bokeh effects ranging from subtle to surreal (e.g., tilt-shift). The new image is rendered instantly, allowing you to see your changes in real time.

Good to see Google releasing the Google camera app in the play store. My Sony Xperia Z1 has had the lens blur feature from the beginning though. It works great on that phone. Hopefully this app works as good and on all compatible Android phones. 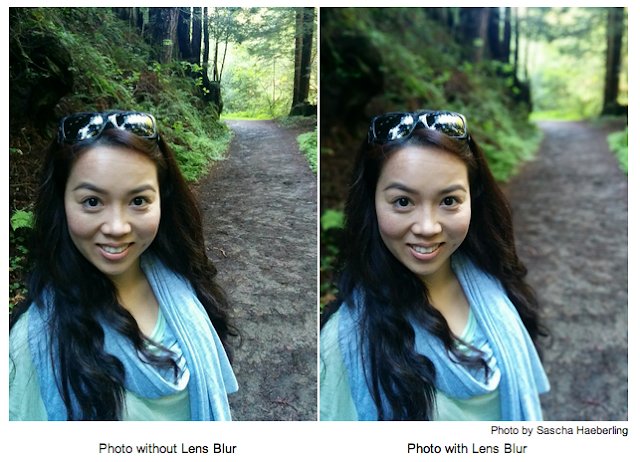 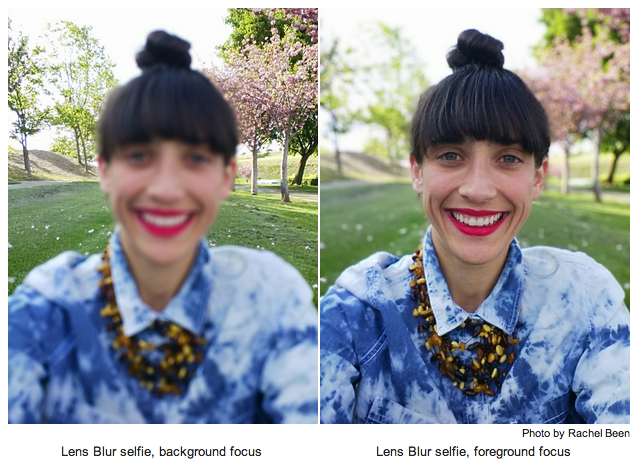