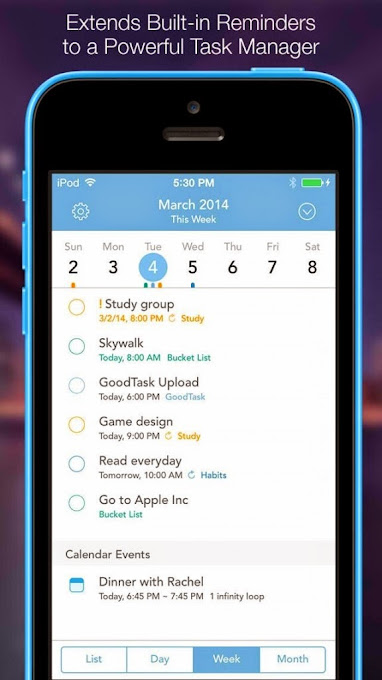 Tags and priorities are now also supported on the app's Quick Actions, as is long-tapping of minutes to change between one minute and five minutes.

GoodTask is one of the most useful iOS Apps I've ever bought. I use it for GTD and advanced task management, and it's actually better than the king of all GTD Apps - Omnifocus to me. Much more intuitive and user friendly.

GoodTask is now on sale after the latest update and I highly recommend to buy this app. It's a universal app so it's available for both iPhone and iPad.