Here is an image of a leaked case for the rumored iPad Pro / iPad Air Plus. And as I've been talking about before, the iPad pro will have 4 speakers so that you always will have stereo speakers no matter how you hold it, landscape mode or portrait mode. But personally I think this 12-inch iPad will be too big to hold anyways. And I think also a rear camera on such a large device is really strange. 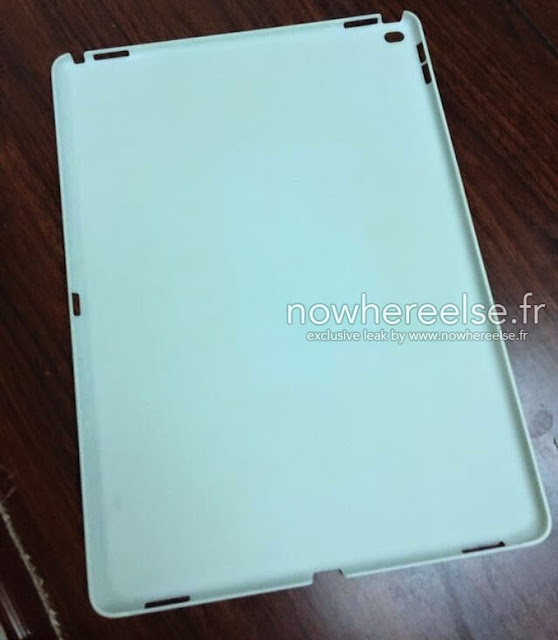 The case appears to have two speaker cutouts at both the top and bottom, which would accommodate the stereo speakers that have been rumored for the device. There are also cutouts for a headphone jack at the top left of the case, volume buttons at the right, a camera cutout at the back, a Lightning port cutout at the bottom, and a power button cutout on the top right, all of which is in line with previous iPad Air and iPad mini designs.