Having sensors and the fingerprint sensors in the Apple logo and the iPhone word is quite smart. So hopefully this new Apple patent will be a reality. 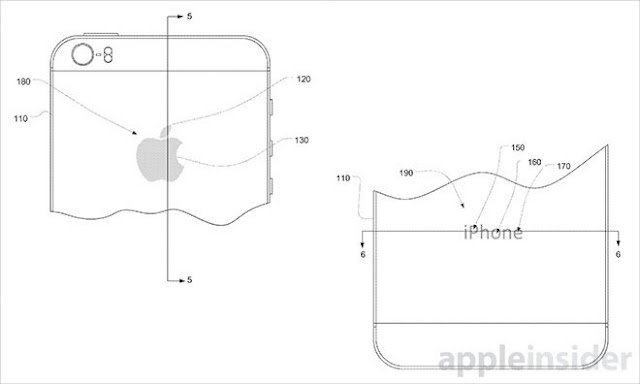 Titled “Concealed electrical connectors,” Apple's patent application filed with the U.S. Patent and Trademark office on Thursday details an electrical system that integrates with existing apertures or surface anomalies in a mobile device chassis, a good example being the Apple logo emblazoned on all iPhone and iPad models.

As for sensors, the document mentions biometric monitoring apparatus such as skin conductivity sensors, heart rate monitors and fingerprint readers. More robust implementations may be used for charging and docking mechanisms, including contact solutions like MagSafe. An inductive charging setup like the system introduced with Apple Watch is a possibility, though Apple's patent fails to mention such designs.

And if Apple adds the fingerprint scanner in the Apple logo on the back, then we don't need to have a home button on the front as I did a video about before. It would mean that we can have even bigger screens on the iPhone. A 5-inch on the smaller one, and maybe a 5.9-inch on the bigger one. And sensors on the back together with Force Touch on the front will be awesome, I'm sure of that.

Here is my video about an iPhone without home button: