A case manufacturer has leaked some sketches that shows that the iPhone 6s and the iPhone 6s plus will be a tiny bit thicker. And personally I'm sure that's because they will have Force Touch technology that requires some extra space. The strange thing is that the very reliable source Mark Gurman from 9to5Mac earlier this week posted images with parts of a real iPhone 6s that had identical dimensions as the iPhone 6 though. 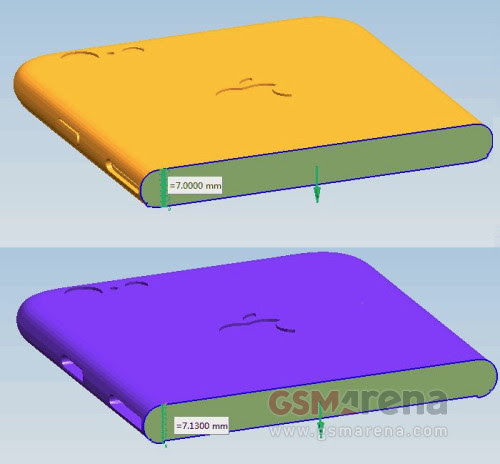 The coming iPhones are rumored to already be in production because of yielding issues thanks to the new displays with support for Force Touch.