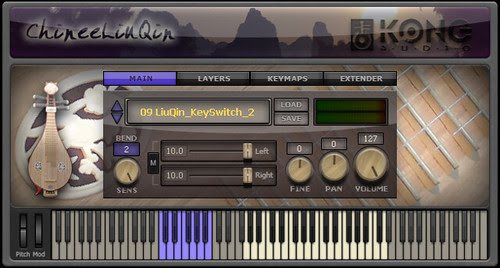 LiuQin is a grassroot folk instrument which was originally popular in some provinces of China for the last two centuries. LiuQin was a simple and rough instrument at the begining, and it was once referred to as "the plebs' Pipa" due to its lack of refinement - yet it is much closer to the true rural life. The structure of today's LiuQin has been redesigned in the mid-20th century. With the improved physical form, plus its higher pitch scale and its Western Mandolin-like acoustic effect, LiuQin has become a prominent instrument in today's Chinese classical circle.

ChineeLiuQin is powered by the Windows native QIN engine.

20 Percent Off Introductory Discount for ALL!

New customers (who have never bought any plugin from Kong Audio previously) can get ChineeLiuQin with 20 percent off, for just 48 USD! This time-limited introductory discount offer will be expired on November 1st.