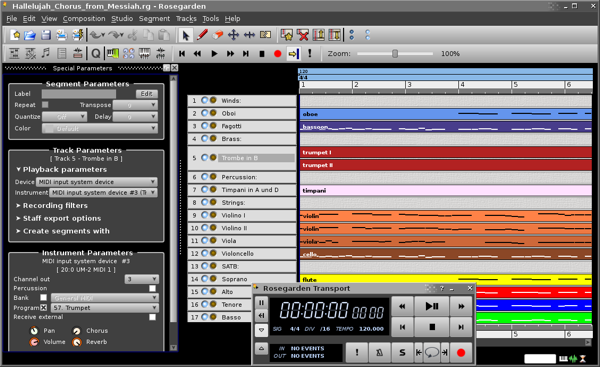 Rosegarden version 11.11 called "Edelweiss" is released, it's a free audio and MIDI sequencer and musical notation editor for Linux.

"Rosegarden 11.11 “Edelweiss” released! This release is the first version of Rosegarden to compile using only Qt 4. It is about half feature release, half bugfix release, with quite a bit to offer on both fronts. This should be considered a less stable and more experimental release that lays plenty of groundwork for future work on several fronts."