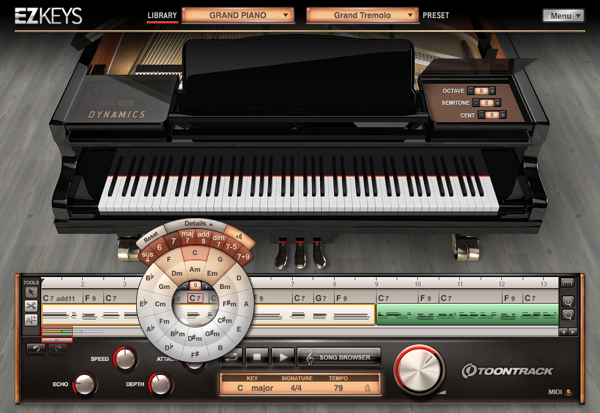 Toontrack launches EZkeys Grand Piano, a plugin and a stand alone instrument for both Windows and OS X.