Could this be the iPad mini? (Video) 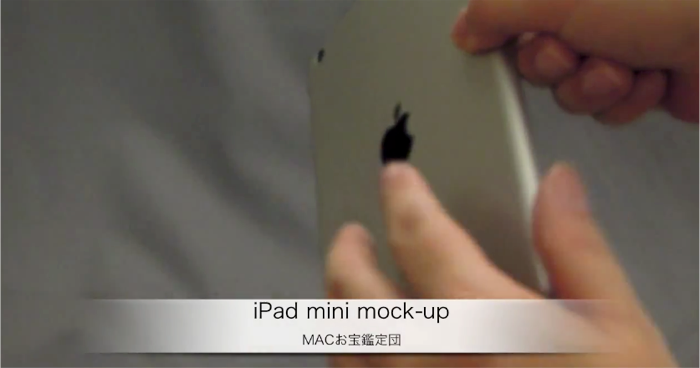 Could this be the rumored iPad mini or is it just a mockup, fake dummy device?
To me it looks to ”cheap” to be an Apple designed device. Too ”industrial”. More like an Android[1] iPad clone of some kind.
Personally I still thinks that the leaked parts and rumors about a smaller iPad is actually the iPad 4, a slimmer and lighter iPad 4 that will be released in February 2013.