Gmail for iPhone has been updated to support iPhone 5 - why not the Google+ app yet? 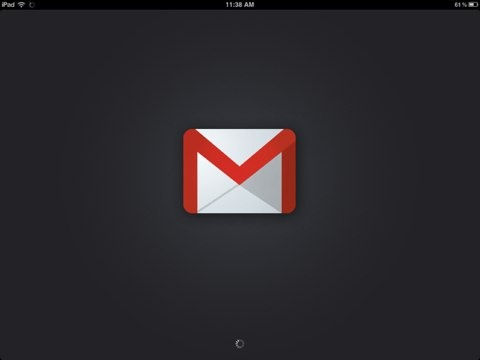 The Gmail app for the iPhone was updated today with support for the bigger iPhone 5 screen and iOS[1]. So now both the web browser Chrome and Gmail has been updated for the new iPhone. The question is why not the Google+ app has been updated yet? Isn’t Google+ as important as the other two apps? Google hasn’t done much for Google+ lately. Have they given up on it?

Charles Gaines
I’m sure an update will be here before very long. Along with an official Gmusic app. /sarcasm﻿

Branko Tancheski
apsolutely agree with you.
G+ isn’t prioritized by google.
They don’t do nothing with g+ very long time except some small changes.
Lot of whitespace and ugly design :S﻿

Charles Gaines
I like G+’s design, myself. And keeping it simple doesn’t bother me, either. Facebook is a ridiculous mess of crap I never use.﻿

Isn’t that extremely fast if you think about Apples approval process?﻿

Charles Gaines
It’s not particularly unusual. Most of the apps I have on my phone right now have already gotten an update. I doubt updates go through the same process as a full app does–90% of the time an update is pretty minor.﻿

Stefan Svartling
Chrome was updated really fast, and now Gmail. Why not Google+?﻿

Charles Gaines
I’d suggest that part of it is that G+ is alot more multiplatform/multifaceted than gmail or Chrome. Singular apps are less important than the G+ environment, which arches over pretty much all of the other Google services. Sure, it all comes into your stream eventually, but you can share/+1 to g+ using Chrome for iOS, Flipboard, some other Mac/iOS apps, Google Drive, and the web in general. That’s pretty big :p and I’m thinking that keeping it all working is a higher priority than an app update. That or they’re redesigning the app to actually take advantage of the extra screen space-the Messenger tab could be a whole lot less worthless, for example :p﻿

Stefan Svartling
I still thinks that both Chrome and Gmail is prioritized though. Google+ is apparently not as big product yet.﻿

Charles Gaines
The numbers are about the same; 400 million for G+, 425 million for Gmail. I’d suggest Gmail has significantly more active users, though.﻿

Stefan Svartling
They get revenue from both Chrome and Gmail. None from Google+…﻿

Charles Gaines
I know it’s terrible for a company to put a larger user base and dollars ahead of being nice to people :p﻿

Urban Persson
Maybe the g+ app is a bit more complicated than gmail. ﻿

Charles Gaines
They took their sweet-ass time getting the iPad and Iphone apps out. I’m fairly meh about the iPhone app, but the iPad one is great- left to right is far superior if you have a busy stream than top to bottom, IMO.﻿

Urban Persson
It’s a guess from me, but people has sometimes complained after updates that hangouts don’t work, now i think iphone got an new front camera and maybe new driver ﻿

Stefan Svartling
Well if the camera doesn’t work in the Google+ app I am sure it’s not the iPhones fault, because a lot of apps are using it. If that is the case, then it’s the Google developers that doesn’t know how to do it right.﻿

Urban Persson
No, but it can need lots of new code in the g+ app and then testing and so on ﻿

Stefan Svartling
Maybe but personally I don’t believe so. I already have three camera apps updated a day after the launch. So I don’t think that is too hard to do.﻿

Lc KiNG
I’ve been waiting for the update hope it fixes the bug on notification.﻿