I think iOS 6 is the best iOS update ever 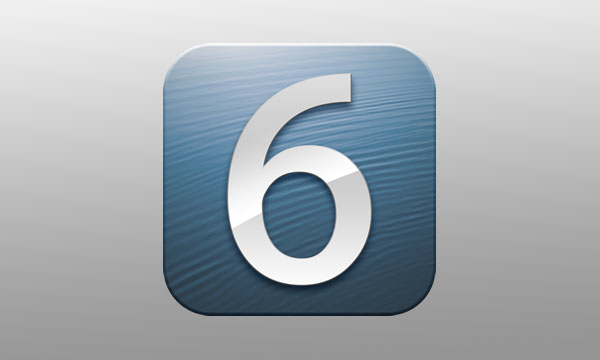 I really like the new iOS 6 from Apple on my iPhone 4S. The phone feels a lot more snappier and smoother. And the new photo stream sharing feature is really cool. Also the new mobile Safari is a lot faster and now has tab syncing just as Chrome has. But Safari's is even better than the Chrome version. I also like the Reading List with offline support. You can save articles and posts to the reading list and read them totally offline. Really cool.

The new maps app review are coming in as quite negative even from waze who partnered with apple. I am hoping that google will publish the maps app for ios 6 and apple will approve it. I will upgrade after that happens. ﻿

The iPhone 4S feels snappier. As usual I recommend you all to always do a hard reset after upgrading the OS. ﻿

Passport isn't for holding your passwords but more of a digital payment or ticketing placeholder. So if you have a gift card from starbucks, you can use it to pay for coffee or if you have a flight to NYC it will hold your ticket.﻿

Siri is useless in Sweden. Has always been and will probably always be. We can't search for map related stuff like restaurants, no sports or movies and the rest. No support. And everything in English.., adding reminders, emails, messages and such in English to my Swedish family...﻿

Wow! iOS 6 is a lot snappier! Feels really fast on my iPhone 4S

The new YouTube I already had before update and the new maps seems to work great here in Sweden! :)﻿

Maybe the maps works better overseas, here in America I'm not enjoying it. I wish they stayed with Google Map, personally.﻿

I've been running the developer beta since WWDC and I'm using the GM now. locations aren't accurate in the new maps app, like for example, if your looking for a plaza, the phone won't show that it's on the other side of the street but the general area. the interface is confusing to me so I'm not sure how average consumers are going to feel about it. I just feel like Google was more reliable because they're the largest source of map data. Tom-Tom, what apple is using, doesn't come close.﻿

No turn-by-turn with iPhone4. Sucks.

And no facetime 3G either with iPhone4. Didn't really get much at all. ﻿

Siri on ipad is rocking :) Im not sure about my phone getting this, i think its a bit too early to pull aside iphone 4.... They keeping 3Gs up to date and skipping out everything from 4.
It might be 2yo but its not THAT outdated on specs imo.﻿

I think iPhone4 should be a good enough phone for example turn-by-turn navigation and facetime on 3G, but they choose to hold it back so we must buy a new iPhone. I don't like it.﻿

The UI looks really beautiful in iOS 6. All the small updated details. And I love the new safari version. Really great. New mail app is so smooth. I love it. Sharing photo streams is a cool feature. Haven't tried it yet though. Waiting for my wife to upgrade to iOS 6 first :)﻿

I can only imagine how fast it must be on the iPhone 5 with LTE too :) ﻿

The auto light feature on the iPhone works much better now on iOS 6. So hopefully the battery life will be better.

After seeing Apple's new Maps app that replaced Google's, I can't help but conclude they've made a terrible mistake.﻿

The maps is a huge improvement where I live. We didn't have turn-by-turn navigation with voice with google maps. With apple maps we have. Works great.

I really like iTunes Match and AirPlay, honestly. My whole music library taking up no space on my phone. Effortlessly sending videos, music and photos to the Apple TV. I've toyed around with DLNA and it's not the same.

Reminder syncing is great, tap up a shopping list on the PC and then go to the shops and my list is there on my phone. Seamless.

Photos is now a lot better, I've already got a bunch of shared streams. Everything goes to PhotoStream which is my screensaver on the TV at home.

The new update changes a few things in regards to layout and appearance, almost everything for the better - it's "delightful". Honestly - there are plenty of professionals writing reviews of the OS online who will be able to go into depth about the changes. I've said it before though - all the little things add up to make the experience really, really nice.﻿

Browser performance is better, sharing options improved (adding Facebook sharing to every part of the tightly controlled iOS system is a huge plus), PhotoStream sharing is really nice. I don't have Siri or turn by turn maps so can't comment on the changes there.

All the little things makes this version great. ﻿

Except the dialler. They can take their bright as daylight dialler and put it back in the bin. It hurts my eyes! Good thing I hardly ever actually dial.﻿

I don't miss google maps at all. Now we have turn-by-turn navigation with voice, with Google maps we didn't. Works great!

I've just updated my iPod touch to iOS6 and I'm very disappointed. I don't get turn by turn, the satellite resolution is much lower and there's no streetview. Thanks Apple for replacing Google Maps with an inferior product. Just hope google releases maps as an app﻿