It's really smart by Amazon to release an Ad based Kindle Fire. That way no one can compete with its price 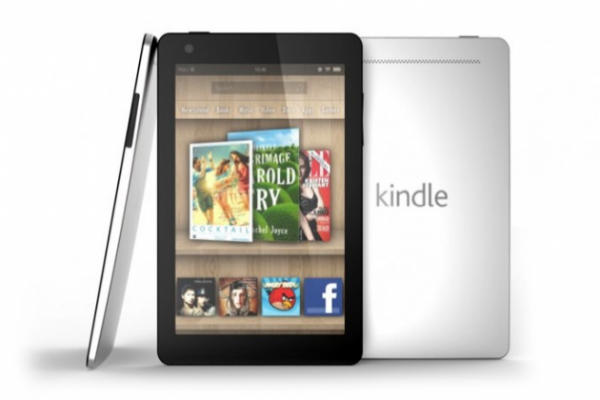 Ad-based Kindle Fire 2 in the works, to be cheaper than any other 7-inch tablet

This would explain why Kindle would want to announce two Kindle Fire 2 models, a low- and a high-end, with the latter being the actual flagship product of the company, while the former would act as an even cheaper 7-inch tablet, ready to undercut the Nexus 7 and iPad Mini even more


"I've said it before and I say it again: Amazon is the only company I can see as a real competitor to Apple. Why? The are smart, they think like Apple and they have the content and eco system.﻿"

"their only problem is that basically all you can do on their devices is to consume their content, not enough for most people.﻿"

"personally I would consider one, if the price is under $99﻿"

"Their margins on everything are usually paper-thin, so there are limits.﻿"

"I doubt shareholders would be happy. To clarify, Amazon has enough trouble trying to make a profit on the current Fire. It'd be even harder to make ad-based profit."

"Amazon lost money on the first Kindle Fire, & there's no indication they made it back in content. So, sell it at MORE of a loss?"

"the plan was long-term profit over short-term loss. But this year it has to compete with Nexus 7."

"Amazon can't afford to lose digital content sales to Apple and Google. Amazon needs lock in which they don't have."