More of the People's Voice about the iPhone 5 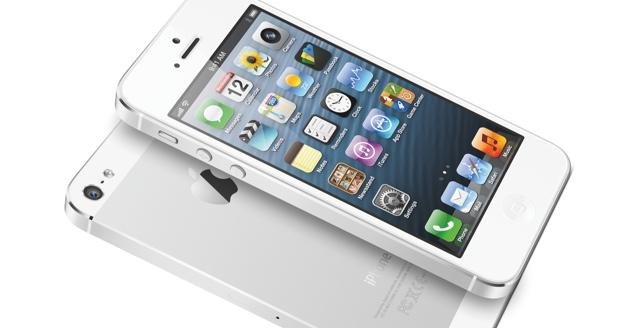 See what we think about the new iPhone 5 from Apple here. Here is more of the People's Voice about it:

"After seeing the whole Apple iPhone 5 keynote, I am even more sure how good the new iPhone 5 really is."

"Yeah, those Chinese workers are amazingly good at putting stuff together. :)﻿"

"I think it would be a great device for the loyal fan base. Others might consider it weak in competition to rest of the tech standards out there. However, software will be the main attraction, if I was to buy it which I am not :D﻿"

"The main problem with the iPhone 5 is it isn't ahead of the competition tech-wise, but barely en par. And while there will soon be new and improved Android phones out there, Apple will have to rely on the 5 for like two years. Since it wasn't given a head start, it will soon be lagging behind. Luckily it is not all about specs, and Apple got plenty of economic strength, but they will find themselves in an uncomfortable position. I wonder what happened, what have they been spending their development time on since the iPhone 4?﻿"

"I will agree on the quality — the iPhone 5 looks gorgeous."

"The website says that it lets you watch widescreen HD video in all its glory, yet it also says it has a 1136-by-640 resolution — isn't HD at least 720p, or am I missing something?﻿"

"I can't see any other phone even come near the quality of the iphone 5. Specs wise of course, but not quality wise.﻿"

"its going to be a great device, not the best in my view﻿"

"Specs isn't all. I am sure that it is faster than all phones on the market today. iOS 6 doesn't need the greatest specs to be fastest. That's why Apple balance specs with Battery performance for example. This is the best phone ever made quality wise. Simple.﻿"

"One of my biggest complaints is the lack of NFC. To be honest if Apple did include it, NFC would have exploded and it would have been more successful than SIRI, because SIRI is evolving and it will take years to perfect it. Having NFC is far superior to bluetooth which is on the decent of technology. ﻿"

"NFC is beyond a simple payment system. It can share power wirelessly or you can share between other NFC devices effortlessly too. Imagine if you visit a museum and your NFC supported device is asked if you want an audio tour of the current exhibit you are visiting. How cool is that? I say that is WICKED cool. This is one small example of how NFC can work. I hope Apple is working on it, because this technology blows the doors off the limited and old technology of bluetooth. NFC is community friendly where bluetooth isn't. ﻿"

"No support for NFC was bad enough (you wont be able to unlock your hotel door and other nifty things with your iPhone5, but I think you can live with that to be honest), but only now I noticed the iPhone5 won't support 4G (LTE) in Europe. Same fail as with the new iPad! What are they thinking?﻿"

"My understanding is that they would have had to add another chip to support the differing LTE frequencies used in Europe. This would have impacted size and battery life. As for NFC. Not widely adopted in the US. Other than the New York Subway there are very few places in the East Cost of the USA where NFC is useful. Including NFC just for the few markets that have it would have meant creating a different phone.﻿"

"NFC is useless unless retailers support it. Here in the USA very few do. When Wal-Mart and Target and other large retailer upgrade their systems to support NFC then it will be a technology useful to more than just a bunch of tech geeks.﻿"

"Apple made a design choice. Some phones do 4G in Europe, the iPhone5 don't. They could have released a version for the European market but apparently they won't. "

"I think what will happen is some operators in some countries will begin adding limited support for ["U.S. frequency"] 4G in some areas in some cities, but the iPhone5 will definitely be crippled compared to other phones."

"As for NFC it is a bit of a catch 22. Apple have such influence they could have speeded up the acceptance and development of new NFC services, now the technique will keep moving forward at a slow pace only. It won't hamper iPhone5 sales, but it is a bit counter-innovative to say the least. Apple could have made a difference. There is a risk however, that during the following two or thee years that will be the iPhone5 life cycle, NFC will gain a lot of importance, even in the U.S. - but that is impossible to say now.﻿"

"Remember Apple sells an experience. I don't think we'll see NFC in the iPhone until Apple can ensure most of its customer can use it. Imagine the backlash if Apple promoted a feature 90% of customers couldn't use?﻿"

"There are so many NFC services under development or ready to be released, but no "killer" available now. Nothing that would be that "experience" from day one you got your iPhone5. But Apple is the company that could have made it happen. They could have partnered with someone, they could, no should have taken the lead here and made sure their users got that experience. By not having that service they chose not to be the leader. By not having NFC at all they are not even a follower in this area but a nobody together with the budget phones. It is just a bit disappointing Apple set their aim so low, I expect more from Apple than others, and that's why the iPhone5 is so disappointing. It is en par with the competition, when I had expected it to be better. The big question is, will it be able to compete with the next generation Android phones that will be released in six months? With the ones being releas in a year? Hardly. But maybe Apple haven't played all their cards.﻿"

"My big mark is what is apple working on? I mean in one year we get a taller iPhone 4S, don't get me wrong I'm buying it I think it looks awesome, but I think apple is cooking up something really cool for us next year! ﻿"

"The best thing with iPhone no wait for the latest updates, like android, my work phone haven't even got ics yet! That's not googles fault but, anyways, still sucks, I've tried the vanilla google experience and I switched back to iOS, simply because it works! ﻿"

"Many Apple users doesn't want change. They want a product that works and has the best user experience in the world.﻿"

"When the iPhone was first introduced it was revolutionary but almost everyone loved the change. Change is good because it sets a company ahead of the competiton, but it must be easy to adapt to and offer great experiences - something that Apple used to excel at. NFC experiences that make toll roads and public transport a breeze, paying for parking automatic, locking and unlocking at home or at hotels quick and easy, passage control at business and all those other things much easier, it would have been truly great, and Apple could have helped making it arrive sooner. And if they had played their cards right benefitted them. But they opted out. Beats me why.]﻿"

"I know 4G is not necessary, just like you don't really need the top gear in a car, but hey, what happened to being awesome? Why only second best? Where is Apple's mojo? I think the iPhone5 is what the iPhone4S should have been and I can't help but feeling that on point after point the iPhone5 is a huge disappointment. Maybe I was just hoping for too much, but the iPhone sure isn't the leader of the pack anymore."

Below you can find a tutorial on how to use iCloud for your photos so they don’t take up space on your iPhone or iPad. You don’t have to buy an iPhone or iPad with over 64GB of storage. Instead buy iCloud storage. iCloud Photo Library is awesome. Don’t use Google Photos, Google Drive or Dropbox. iCloud is a more seamless experience on iOS, iPadOS and MacOS. More info: iCloud Photo Library Watch video here: Please subscribe to my channel