The iPhone 5 is soon here - what do you expect of it? 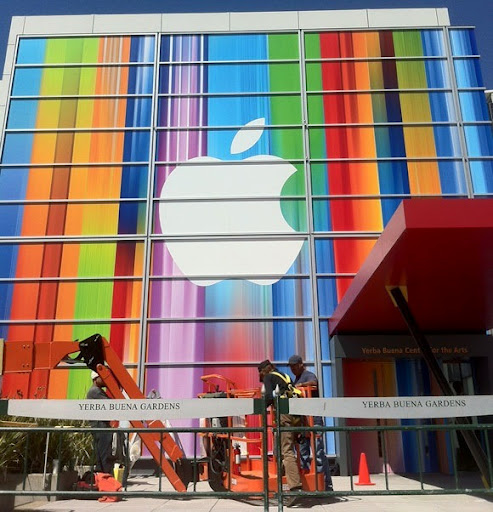 In just about two days, this Wednesday (September 12th) at 10am PT, or 7pm CET at the Yerba Buena Center for the Arts in San Francisco , Apple will unveil the iPhone 5. And of course we will cover the event.

Some says that the Apple decor on the building, seems to be made up with over-stretched iPhone apps, and that must mean that all the rumors about a taller iPhone is true. That it will have a 4-inch 16:9 display. And maybe it's true, but I have a hard time believing that Apple has such bad security this year, when they said that they will have an even better security this time to minimize leaks. How come that we have seen so much leaks then?

If the rumors and leaks isn't true, how will the iPhone 5 be then?

My wishes is that it will have a 4.3 to 4.7-inch edge-to-edge screen, only a Dual-Core CPU because that is enough to run iOS on and saves battery, 1GB RAM, PureView Camera lens so that we can zoom when taking photos and videos without quality loss, Aluminium backside, 4G/LTE and nothing else. That's it. Everything else is already perfect. But that is just my wishes though.

We will probably just see a taller 4-inch iPhone with two-toned backside, smaller dock connector, headphone jack at the bottom, bigger stereo speakers, two microphones, LTE/4G, NFC and the rest that is already leaked out.. But I will buy it anyways :)

"Not sure, it's going to be tough now that Apple has significant competition in the market. They will be required to do some serious Wowing﻿"

"what can that be? It's just a phone. New design and better specs as everybody else are doing. What more can it really be?﻿"

"Probably the only significant changes will be LTE and possibly NFC. Everything else I think will be just minor tweaks hyped up some﻿"

"the obvious design change was THE big update? Adding LTE is also something I would consider a big update. I think those 2 features are big for those that are iPhone users.﻿"

"better battery life, for me it would be enough if it could last a day with heavy use, (7-19) that would be awesome.
Now I have to charge half trough the day, and that's not the worlds end, but I would be nice, if it lasted longer, at least for the ozone layer ;). NFC would be nice to, I'm one of those who would love to pay things with my phone, ( if the security gets better)."