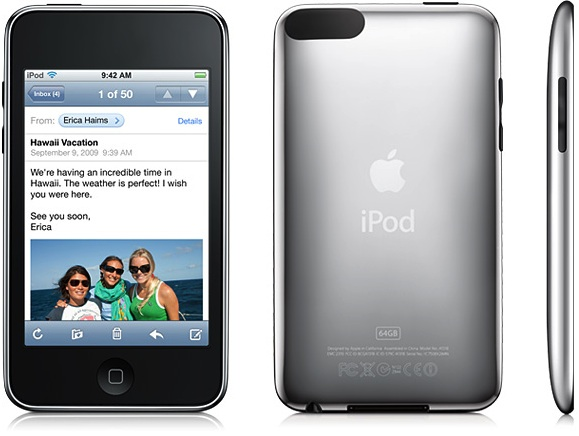 We will most likely see some new features announced alongside a new iPod touch and probably an iPhone later today. The new iPod (and iPhone) will get a panorama camera mode. This has apparently been hidden in iOS 5 for some time.

The new iPod touch will also have the same 1136×640 resolution as the new 4-inch iPhone will have, and use the S5L8942X processor, that is the same A5 chip that the iPad 2 and the latest Apple TV has.

It also looks like the old iPod touch with A4 chip will still be available, and the new model with a longer screen will have the A5 chip. So they will keep the old iPod touch to have a very cheap version, and have the new longer model as their flagship iPod.

Maybe we will also see the bigger 7-inch iPod Touch too, that I believe is the rumored iPad?

And maybe this whole event is all about iPods and not about the iPhone? Maybe the iPhone will be presented on the October event instead?