The Wristwatch is dying. Can Apple save it? [update] 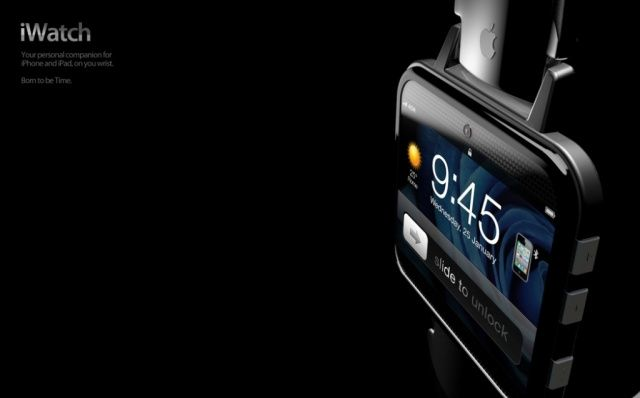 Will Apple Save the Wristwatch? | Cult of Mac

The wristwatch is dying. More and more people doesn't wear one. They look at their mobile devices instead to get the time. Teenagers do, and a lot of geeks too. Other people only have them as decor for the design. I think the only one that uses them still except for this kind of peoples are old people. At least what I've seen.

Can Apple save the wristwatch by releasing some kind of cool iOS watch with Bluetooth 4.0 connection? I hope so, but I don't think we will see one this Wednesday.

Update: And I actually thinks the mobile phone will be smaller again so it can be built-in to watches, glasses and so on. So in the future we will have large phablets in our pockets, that connects to our watches. We make calls from our watches and glasses. Do computing on our phablets. That's what I think the future will be.

Update 2: I added a related video

"They may make a nano with bt 4.0 and some kind of watch and notification app I guess. But 'saving' the wristwatch is going a but far!﻿"

"I think that can make the watch cool again.﻿"

"I do not believe that the wristwatch is in need of "saving."﻿"

" I guess the younger generations don't much wear watches, if they need to tell the time they either ask somebody or pull out their smartphone. So it will appeal to those folks I guess.
Maybe it will allow notifications ala Mountain Lion to be pushed to the device via BT. Could be interesting.﻿"

"Well not many wears one nowadays. Everyone uses their mobile device to check the time"

"They're still common here in the U.S., but I will certainly agree regarding the younger generation (of which, alas, I am no longer a part.)"

"I use my watch when driving, since my car radio's display is usually set to Aux input (which suppresses the clock display) and I don't like to remove a hand from the wheel to pick up my phone.﻿"

"Finally, Dick Tracy's wristwatch may come to the fore. When Apple creates the iWatch will they sue the comic for copyright piracy?﻿"

"I've always thought they would myself. But would it cannibalise some profits from their other devices, they would have to gimp it in some way, or just make it ridiculously expensive, oh wait.﻿"

" I'm sure that Jonathan Ives and his team could design something very cool. Whether it would prove to be a good value is another issue. No disrespect to Mr. Ives intended, of course ... he does fine work. His employers, however ...﻿"

"The article kind of makes it sound like the smartwatch doesn't exist. Sony has been making watches running Android since I got my first smartphone.
And to say that the wristwatch is going out of fashion really is a long shot. As a comment on the article stated, the success of dozens of watch manufacturers goes to show that the wristwatch isn't a dying breed."

"Obviously I can't speak for the US, but here many people, also from my generation, wear wristwatches. I don't see why you're either a geezer, hipster, geek or fashion victim to prefer looking at your wrist to get the time instead of pulling out your phone, pressing a button, pressing a button again, and then putting it back in the pocket.﻿"

"I believe in things like the smartwatch, the I'm Watch and the Pebble. Hack, I even own a Sony smartwatch. But maybe it is to early now. But I really like that Dick Tracy feeling. Sony is really trying, but not hard enough maybe.﻿"

"the Sony smartwatch is good but not cool enough :) That is why I think we need Apple to release a smartwatch to save the wristwatch and make it cool again.﻿"

"That is an interesting vision of the future. But I am not a big fan of wrist watches myself.﻿"

"we need it to be "invented" again by for example by Apple. If they make it cool again, I think we will see a lot more using a wristwatch again. I would.﻿"

"I think the race of getting bigger screens, iPhone5 ?, is stupid. When using my Sony Smartwatch it is very comfortable but it lacks a lot of functionality unfortunately"

"The problem (for me, I've considered a smartwatch) is the Sony Smartwatch is too thick and the bezel just screams. It's a shame really, because I like the idea of the smartwatch, but I'm waiting for the next generation of the Smartwatch, maybe Sony can do some magic with its size. And making the screen brighter I hear.. :)﻿"

"I must disagree on the Apple front, they must not, Samsung, Sony, LG or Motorola should be able to pull this one off. And Sony is pretty close. I wouldn't replace my smartphone with a smartwatch. There's too much I can do with a bigger screen, that I can't do on 1.5" screen. simple as that.﻿"

" it's just the phone feature that will be built-in to smaller devices like the wristwatch. We will carry around large devices like phablets to do computing with. The phone itself doesn't need to be big. Only the device you are working on.﻿"

"Apple already have the iPod Nano. And it is only regarded as a possible "mate" with the iPhone by few. And they don't exactly support a smart solution tying your Nano with your iPhone. Something so simple as telling time, navigate songs, making call. that should be easy enough to make possible with the Nano. But they aren't supporting it.
I agree though, on that term, that with Apple's power to amaze (and, of course, make an excellent product in terms of working in the iEcosystem), making the Nano an excellent buddy to your iPhone (or even Apple TV) would be a great way to motivate both consumers and companies, as well as developers, to make a link in that direction.﻿"

Reply: "Yes they have, but they need to make a watch of it :) There is only hacks and third-party developers that make the Nano a wristwatch. If Apple did it instead it would be a success, and having the notification center and Siri built-in to it would be awesome.﻿"

"maybe when Siri is an actual product (and I mean, a full blown working function), they will turn to the wristwatch idea. Maybe they are working on it, indeed, if they are, they have only so much time though. That is if, Sony and all the others continue their lines of Smartwatches, they might come too late to the party, where there's already fully functioning Smartwatches, even ones connecting to iPhones, and intergrating with them. Sure, Apple has the power to do this in one event saying it is the next step, but all the other manufacturers can do the same in multiple steps, and clearly they are starting. It might be a niche market (and a small one at that) now, but they can make it to an actual market. Just like Samsung introduced the Phablet (effectively, i know of the Streak 5). They just have to get it right. The Note was huge, but slim and fairly light, and it worked like a charm with the S Pen. They just need a bit more time making the same happen with a watch/phone thing.﻿"

What do you think?
Sunday, September 09, 2012
apple ios watch wristwatch