Too bad Samsung based the whole new UI on the new Galaxy Note 2 on the S-Pen. I don't like to use a pen 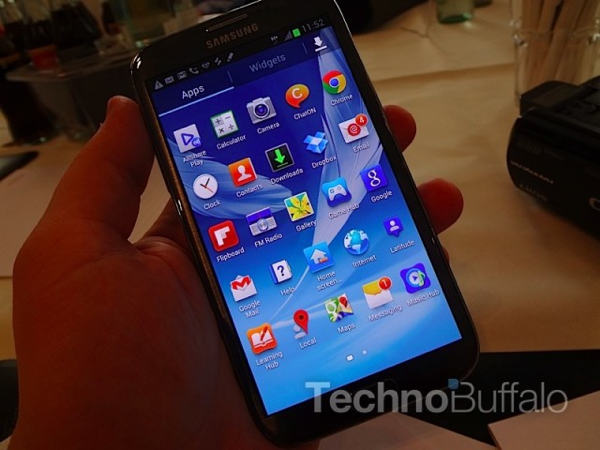 Galaxy Note II - Is it the Right Phone for You? (poll) | TechnoBuffalo

Is 5.5-inches just too much phone real estate for you? Are you content with your current phone and see no need to upgrade? Or is the mixture of Jelly Bean and 2GB of RAM calling out to you like a Siren to an old salty sea captain?

"Well the phone looks great and all, and the size is not too big I think, but why build the whole Samsung UI on the S-Pen navigation? I don't use pen and paper anymore so why should I use a pen on a device? I don't want to do that... I have no need for that and I write much slower with a pen than with a touch keyboard..."

It's not like you HAVE to use the S-Pen. You can use the touch keyboard and never touch the pen if that's what you choose.﻿

"Of course I can but as you can see, Samsung has added a lot of features just for the S-pen. It feels kinda pointless to me because I will never use the pen.﻿"

"I might choose to purchase a big phone like that next time I need a new phone. I don't make that many phonecalls anyway.﻿"

"The size is still small enough to fit my pockets and you get used to a big phone very fast."﻿

"I always take my phone up when sitting down anyways﻿"

"I'm not sure how much I would use that pen tho. I'm note much of a note taker and i don't draw. But then again, great apps could make it a habit.﻿"

"I actually have seen people around me using S-Pen much more than I thought. So, I guess people have found some good use of it. "﻿

"well, for writing the touch keyboard might be ok, but when it comes to schemes and equations you`re lost. to my experience this pens are also no solution because writing on a glass display is not the same as on real paper. so i stick to pencil + paper notebook, because i haven`t found a usable alternative...﻿"

"I never use paper and pen so I don't see the need fo using the S-pen.. Nothing for me.﻿"

"There are a lot more uses than just handwriting on a screen. I find myself picking up my cheap stylus and using it on my N7 just to flip through pages and click on stuff, or it's also great when using Swype. If you'd rather not use the pen, then don't use it. "﻿

"It's all about implementation of the technology.﻿"

"You don't NEED to use the pen. I don't use mine for writing, but when I want to draw or paint something the pen rocks.﻿"

"it's too bad that they build the whole UI around the S-pen. A lot of features just for that. So it is kinda pointless to buy it when you don't like to use a pen.. I mean you don't get the whole thing then.﻿"

"If you don't like the idea of using a stylus, then you don't use the S-pen apps. It's a simple solution. That is not even close to true that the "whole UI" is built around the S-pen.﻿"