Well I must say that the Windows 8 tablets looks like the first real competition to the iPad, but they are too expensive 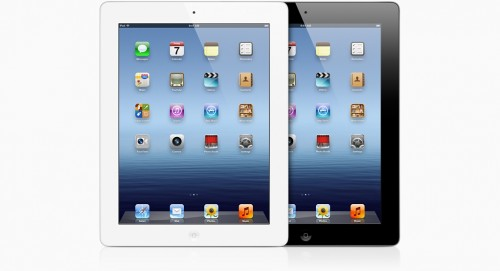 Can the Apple iPad survive the heat of the Windows 8 tablet PCs? | Daily Mobile

Can Apple's iPad continue to maintain its unsurpassed market shares following the influx of Windows 8 tablets PCs from Microsoft's OEMs?

"LOL at that question and I don't even like iPads.﻿"

"Depends. It should be clear to Microsoft right now that they have to sell an ECOSYSTEM and not just a device or series of devices. Sure, the hardware might be interesting, but what about the app store? How many apps? Will the software be easy to use? Plenty of questions - all of which MS will need to answer at the start if they want to succeed.﻿"

"I'll agree about the eco system but the real Windows 8 tablets can run any Windows software. ﻿"

"There will be no Windows Tablet PC heat! Wrong time, no services, iPad + Nexus will rule the market﻿"

"For Microsoft's sake I hope they've got a sense of occasion - the Surface is going to be key for them, not least because it's going to be tied so closely to Windows 8.﻿"

"I can see a fairly big market in the business sector. All these companies that already invested in Microsoft products will/ have to/ be interested in the surface. When it comes to the private sector i iPad will continue to rule, still losing shares to nexus 7 and kindle fire, due to availability of entertainment content.﻿"

"It'll certainly be interesting as to when, and if, Apple converge their OSes﻿"

"I think what I find interesting is that iPads have made huge inroads in the enterprise with lots of employees just using iPad as their email and other corporate communication device. What win 8 tablets can do is provide that corp device unified integrated experience (in office and in road) thus potentially affecting that sector of iPad business. ﻿"

"People have just BYOD because that's how they want to work. We know it's clunky but it's easier than a laptop. I think the MS tablets could be revolutionary in the workplance, especially around Sharepoint and Presentations, where iOS fails. Whether this will succeed with private consumers is another matter entirely. They need to price it right.﻿"

"Here is a smart move by Lenovo, a $299 Tegra 3, 9" screen, 0.5" thick, <1 pound light Android 4.0 ICS tablet, the kind of tablet at the right price we've been waiting for for a good while (I bought a Samsung Galaxy Tab 8.9 for $350 a while back and LOVE the compact form factor while not giving up much on full Web screens to a 10" tablet). Apparently they have plans to offer it as a Win8/RT version also, will be interesting to see how they run head-to-head once both are out.
-> www.pcworld.com/article/261491/lenovos_300_ideapad_tablet_has_9inch_screen_and_speedy_tegra_3_processor.html"

"Trying to compete with iPad 3 while getting close to Ultrabook specs and price doesn't sound like a viable strategy to me (there's always the Macbook Air 11.6 for $999...)"

"Microsoft and its OEMs appear to be running headlong into the specs-requirements trap that I predicted would arise from the Win8/RT platform in order to run well, especially in regards to the Win8 portion.﻿"

"the iPad has a lot of entertainment content too. But Apple need the 7-inch form factor﻿"

"Apple's more than just about hardware, though - consider iOS and OS X, and the ecosystem Apple's built."

"the real Windows 8 tablets are too expensive. I mean they cost as much as the 11-inch MacBook Air and I buy that over a win 8 tablet any day﻿"

"Both iTunes and their different stores still has a lot more content than for example Google. I mean, iTunes is the biggest in the world when it comes to music. And apple has the newsstand for magazines and iBooks for eBooks. They have a Lot of content. ﻿"

"Apple has the biggest Eco system of them all. And more content than most of them. I think Amazon is the only ones that has more content. ﻿"

"Apple has done a great job and has been into entertainment for quite a few years now, while google just got started. I believe that google will put a lot of effort in building the best entertainment content to find online, not to compete with Apple, but Amazon. Good for us, the consumers!﻿"

"I haven't seen many prices yet, in the shops the price often lower than the company says first. In the case of MS tablets i think they can be a little more expensive that microsoft say in sweden, in other countries maybe $199 works :D"

"The real Windows 8 tablets will cost around 800-1000 dollar! It's the Windows RT versions that will be cheap"

"i think it's not fair to compare x86 with ipad, arm vs ipad"