What I think of the new iPhone 5 - and what the people says (Update: Video) 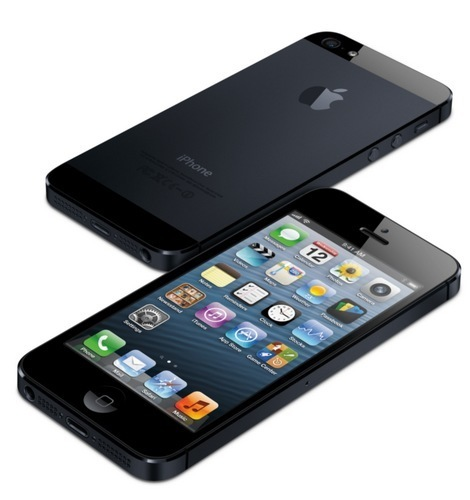 The more I read about the iPhone 5, and the more photos and videos I watch about it, the more sure I am that it's the most accomplished smartphone yet. The design is just gorgeous. The only thing I am disappointed at is iOS 6. It starts to get really boring. No new features. The only new is Apple removing everything Google.. That's really bad.

I like the thin and light design, I like the camera, I like all the small details, like the better WiFi, speakers, three microphones, better video stabilizations and all other perfected details. This iPhone generation is the best yet, and I can actually don't see Apple make it better than this. It will be very hard to make it better.

See specs and info about the iPhone 5 here.

Here is some voices heard about it:

"The more I use my iPhone 4S with news reader apps like Reeder, Flipboard and Feedly I can imagine how much better it will be with the iPhone 5's taller screen! A lot more text will be visible on the screen. I will really like that because the iPhone is my reding and blogging device."

"You'll even wonder how you could use the other screen for so long after you get accustomed to the new one.﻿"

"It is perfect for media consumption. 16:9 movie would be cool too﻿"

"I honestly see the software (obviously the hardware - longer display and LTE - is better) as even more of an incremental update then the 4 to 4S. I'd say you should expect innovations in the software department too...basically every Android update has resulted in some significant software innovations, and Apple has been coasting...﻿"

"Last years Apple has always surprised. Their momentum has gone.﻿"

"I don't think it's Apples momentum that is gone. It's the smartphone. Apple need to invent a totally new product﻿"

"The only thing I am disappointed at is iOS 6. It starts to get boring. The hardware is awesome﻿"

"This hardware is going to be sold throughout 2013 with no NFC. How awesome could the hardware really be, when it's missing things that are pretty much standard in every new phone?﻿"

"The sgs3 spec comparison with the iPhone 5 (doing the rounds on g+) really shows that apple is catching up rather than setting example and they are not yet even on par. And new hardware announcements from Samsung and others will follow in the coming months and make this gap even bigger.﻿"

"Apple doesn't care so much about specs. iOS 6 is much lighter to run than Android for example. So it doesn't need the fastes quad-core cpu to be fast.﻿"

"iOS is incredibly boring and they sat in a presentation today talking in their usual elitist way about the best phone they ever made and we are looking at it fairly unimpressed. Theyve lost the mojo and tech blogs are going to have a field day.... then they will care﻿"

"The 7.6mm, 112-gram chassis is incredibly sleek, and exceptionally light"

"I know we haven't seen it up close but unfortunately it is a safe and subpar update. They took the 2010 design and stretched it. Do I want a longer and narrow screen? Do I want to work in Landscape more often? Not really. Who cares if I can hold it in one hand. I still use two thumbs to type. They could have made it wider in design, which would make it a nicer experience app wise. They could have incorporated some of the emerging technologies such as NFC, Wireless Charging and the newer spec of BluTooth. This was not the iPhone 5, no this was the iPhone 4XLS. A minor update to the already existing architecture."

"As far as iOS is concern the UI does need to be improved. Look at Android and Jellybean, although barely on 1% of their phones, that OS is pretty kick ass and advanced. What is worse is that they could have made more than one design. Let the public dictate what is awesome. Steve Jobs was gifted at expressing those needs, thus why he quickly released multiple versions of the iPod. Once he did that, Apple was untouchable. We have the Shuffle for the lower end market, the iPod nano for most of the market, the old school iPod and the iPod touch. Four major designs that cater to many different needs. An iPhone should enjoy such granular options especially since it does more and it relates to more individuals on so many intellectual commutative levels."

"What I saw today, was Apple at 50%. There were some good stuff and yet there were misses. You can see where they were not jointly in tune or in focus. One major blunder was putting the main event up front. Why would you climax first and then decline with the iPods? Made no sense what-so-ever."

"Apple needs to really focus and look at the current landscape and excel 20 steps further, not play it safe and release basic small steps that are only barely keeping up. Apple don't do this because you have the momentum. That isn't cool at all. "

"This Phone will sell even if there's no inovation. For me, the most inovating phone is the Nokia Lumia 920."

"I watched the 2007 Keynote of where it all began. Steve Jobs said in 2007 that the iPhone was 5 years ahead of anything out there. He was completely right. Microsoft will have their offering beginning this year and Android just hit their stride with Jellybean. Today we have the iPhone 5. After reading about a dozen blogs and looking at the iPhone 5 more thoroughly, I agree it is more significant than what we have seen from the rumor sites. Completely re-engineered. I am amazed that it is lighter in weight, better battery life and LTE. Improved optics for the camera and a few new camera extras for taking even better pictures. Sharing photos with friends via photo stream is a nice feature. SIRI does get an improved updated which is only natural that it is evolving. The longer design is growing on me and the refined design looks great, especially in all black. The new Black is the old White for me. I would love to see a wider phone so that that apps get a fuller experience, but let's see how the third party will adapt to this and how it will work with the older phones as well. I will be getting this in Black for sure.﻿"

"The hardware is completed. It's the perfect smartphone. Can't be better now. ﻿"

"It looks very nice. Everyone that holds it says it feels really nice. Stunning. Thats what Apple do, they do things with class. No plastic. As they said on the event, not a quote but something like this:
Everyone can do bigger phones. The challenge is to make it better and smaller...﻿"

"Beautiful. I think i'm leaning towards black. This darker, less "shiny" black they used is awesome.﻿"

" I think it will be stunning IRL :) I really like the matte surface!﻿"