What is the advantage with wireless charging on the coming Nokia Lumia 920? 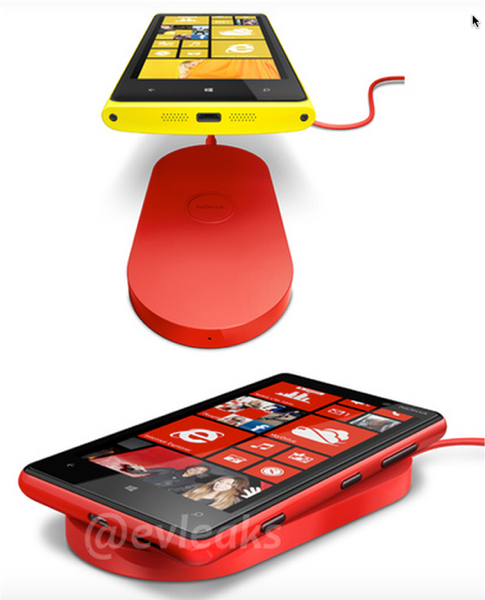 The Lumia 920 will be Nokia's new flagship Windows Phone and will include some impressive hardware specifications to match. According to sources familiar with the company's Windows Phone plans, Nokia is packaging wireless charging with its Lumia 920

Interesting, the Nokia Lumia 920 has leaked out before the event. This Windows Phone 8 phone will have wireless charging, 32GB storage and an 8 megapixel camera.


"I really want this phone. If Google integration is good, I would get it in a heartbeat.﻿"

"The one thing that kept from me from going to a Lumia is the lack of support for CalDAV/CardDAV in Windows Phone. If/when that is added, or possible through 3rd party like in Android, I'd switch in a heartbeat as I feel the Windows Phone UI is by far the best available at the moment.﻿"

"I'm having hard time seeing that Nokia and windows, is going to be a hit. I'm not against Nokia or windows but iOS and android are doing really well! My wife Got the lumia 800 and she was really disappointed with it, I agree with her!

Don't get me wrong, windows phone may get better over the years but I'm wondering if it will "survive" so long.
For now there's not that many good apps, and I'm no fan of the menu either!

Now I sound like a windows hater but I'm not, I like to be able to have a Choice!

My point is this, what I've seen so far from Nokia and windows haven't impressed me!"
﻿
"Why make a wireless charger? The charger is big, and if you have to lay it down on that thing... why bother. I hope that you can use an ordinary charger, in the car for instants. Easier to bring along in a pocket and so on...﻿"

"They definitely need more apps, I'll agree with that, but I think they will have a lot more apps because Windows 8 Phone shares the same kernel as Windows 8, so it's very easy for the developers to make apps that works on all Windows 8 devices, so when Windows 8 finally is launched I'm sure it will take off quite fast.﻿"

"it's too early for wireless charging. Maybe in a year or two we will see smarter solutions for it﻿"

"Wireless charging isn't new, and frankly, should be much farther along by now. It sucks that more phone manufacturers haven't gotten on board and pushed the technology forward. For most things, wireless charging would be fantastic. Think more than just a stupid pad you sit your phone on. The next level of wireless charging would be a "field", say your car, that will automatically charge anything that enters said field and doesn't require a "pad" or direct contact with your device.﻿"

"no thanks. :) I don't want to sit in a electromagnetic field all day long. It ain't healthy. We're being bombarded with electromagnetic radiation more than enough already.﻿"

"While more testing is needed, early testing hasn't shown any negative health affects from such things. ﻿"

"These things generally don't show up as short term effects, but rather long term. If you want to charge a phone just by being inside a car or a house, you would need a significantly strong electromagnetic field that can definitely cause health issues. Ask people living in near proximity to power stations/lines or GSM cell towers. And with LTE and other wireless technologies, it is only getting worse.

While I am most definitely not even near the tin foil camp, the excessive amount of electromagnetic radiation we are becoming exposed to does not need to be extended even more by something stupid as a charging station for a phone that just requires you to be present in the room. Keep in mind that effects are cumulative; you can't just test device A and say it is safe, when you ignore B through Z. Especially realizing long term effects are still not known.

And what is wrong with needing a pad to charge anyway? The first thing I do (like most people) when I come home is throw my phone on the table. So all I have to do, is make sure the charge pad is located at the same place I generally dump my phone and it charges.﻿"