Why Apple didn't implement NFC in the iPhone 5 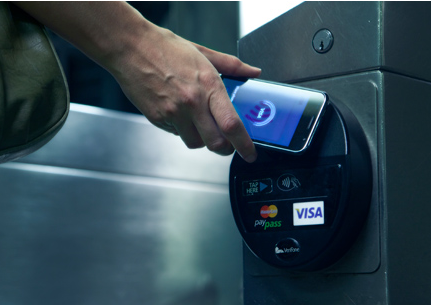 Apple didn't add NFC to the iPhone 5 and I understand them. The technology is simply not ready yet. The payment technology for example, is not available in many countries yet, and the security is not bomb proof either. So I think Apple is working on their own system with the new app PassBook. And it wasn't ready yet.

To me, the Passbook app would be useless without NFC. I doubt many retailers or operators will accept onscreen codes here in the UK anyway.

I think this is a missed trick.﻿

I think apple won't add NFC till they figure out the end to end solution including how to work with card and hardware vendors, merchants and technology and also figure out how they can make money from this.

Google put NFC out but I hardly see it getting used. None of my android friends use it. So there is a technology that is not seeing widespread solution and application. ﻿

If Apple had adopted NFC everyone would have started using it too. Now that Apple didn't implement it in the iPhone 5, NFC will have a much slower adoption rate.

Another thing is that NFC can be used for other purposes other than payments. NFC tags are very useful and the ability to easily pair devices or share data between them is great to have. There's no need to wait for someone else to use those features; millions of iPhone 5 users would've benefited from that use case scenario just by buying the phone. I would love for Apple to implement the standard and make it compatible across operating systems. Being able to share links, contact info and files through NFC with my friends that have an iPhone would've been great.

The way I see it right now is that it seems Apple will never implement NFC in their devices.﻿

We will have to wait for Apple to show us how to properly implement NFC solution end to end that works for the customer, technology and the merchants﻿

There are reasons to avoid NFC in the near term:
http://www.engadget.com/2012/07/26/security-expert-NFC-hacks-android-nokia/http://www.forbes.com/sites/andygreenberg/2012/07/27/hacker-demos-android-app-that-can-read-and-use-a-credit-card-thats-still-in-your-wallet/﻿

When NFC becomes an ancient technology, Apple will find a fancy name and implement it, and Apple will make sure it does not follow the industry standards.﻿

NFC that's lacking in security is just another way to mess up your day with hackers to wirelessly hack your phone.﻿