Why Apple's User Experience is better 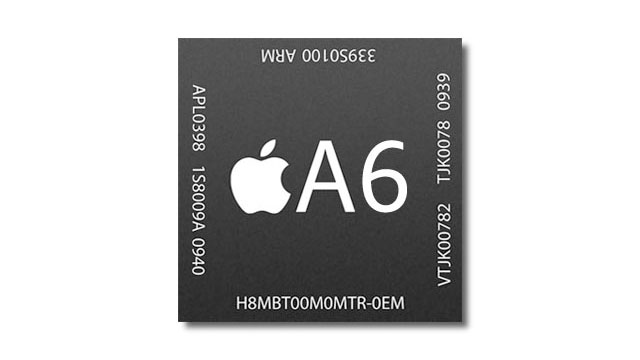 Apples user experience is better than all the rest because they control both the hardware and software to make the best user experience possible. That way the product, the hardware doesn't need to have the latest top notch specs because it doesn't need that. Apple balance hardware and software so that we get the most out of the system anyways. No lag, apps starts instantly, and we can be as productive and creative as possible. iOS runs smoothly on lower specs than Android. Android needs the latest specs to be useful.

One example is that Apple made their own Arm based CPU for the new iPhone 5. The A6 is a system-on-a-chip (SoC) and is manufactured using the 32nm process.

Designing the A6 in-house means that Apple optimized the design to allow the phone to run at the specific speed it needs for the best customer experience.

Huge difference from the Android experience.

"I totally get what Apple is doing and why. Apple is creating a consistent and simple upgrade for APPLE'S customers. This isn't about winning over Android or WinMo fans. This is simply about making the best phone it can, for the people who care about it. If others convert, that's great, and if not, as long as the customers are happy (and a 94% approval rating says they are), Apple will continue doing business."

"Android users prefer to tinker with settings, customizations and such"

" I think every smartphone launch today is disappointing. Its just another touch screen phone. The iPhone 5 is no different. Its just another phone. Then theirs subjective qualities like user experience or build quality. A HTC phone or a Galaxy S3 will withstand more impact then the iPhone but the iPhone is still considered high quality because it feels like it (very important).
The user experience between iOS 6 and Android 4.1 is a close call and, again, is subjective.
Buy what fits your need.﻿"

"It creates (wanted) incompatibility. Apple locks their customers in. Both with hardware and software.
And that is the main problem of the iOS ecosystem (and one that legislators worldwide will have to end soon).

Some examples:
Browsers on iOS: Why are they slower as Safari? Because Apple forces them to use an old Webkit version (http://www.buzzfeed.com/jwherrman/the-problem-with-chrome-for-ios)
iOS Applications: Where can I buy them? Only in the Appstore, if Apple wants them (Rules unclear).
microUSB (which is required in the EU): Apple does not like this decision so they make a bad converter that nobody will buy.
Airplay vs. DLNA: incompatible in order to force you to use one system or the other. Instead of helpingmaking DLNA work over all manufactors

There are many more. If you buy only Apple this will be beneficial for you b/c Apple is the "underdog" or the "rebelion" showing the buisness world how to do it. But in reality it harms competition, makes their products artificially expensive and locks you into their ecosystem.﻿"

"The A6 is neither a A9 nor a A15 reference design. It is a custom design by Apple. Samsung is producing their own chips but they follow the ARM reference design. For more insight read: http://www.ibtimes.com/articles/384774/20120916/apple-a6-processor-custom-design-armv7-core.htm﻿"

"I fail to see how Apple making their own hardware and software is so terrible for the world. The very fact they control everything is what makes their ecosystem so cohesive and work wonderfully where as Android is fractured mess of hobbled together technologies (hardware and software) that while greater in options, are not nearly as cohesive nor as smooth as iOS. Harming competition is the last things its doing.

If you don't like Apple's products or ecosystem, don't buy it. No one forces you to (or the tens of millions of happy customers that do)﻿"

" I am no advocate of Android here. Lets follow one example through to make it clear.

Airplay vs. DLNA: With Airplay, Apple can create a cohesive experience with all their devices. It is cheaper for them (less testing) and faster than using the standard (DLNA is a laaaarge group).
Let us assume everybody acts like Apple and we have mPlay from Microsoft, sPlay from Samsung, nPlay from Nokia and so on.
Now they will all work perfectly if you own only products from that manufacturer but they will not talk to each other. Without compatibility customers loose. Buying into an ecosystem removes them from the competitive field.﻿"

"I'd rather use a cohesive, well designed ecosystem where everything is guaranteed to work than a fractured one full of inconsistent and ugly UIs and a long list of products that may or may not work together.﻿"

"Choice for the sake of choice is not a better option﻿"

the fact that you have a CHOICE and the fact that an almost 2-1 majority disagree with you based on market share is what make all these arguments mute and pointless. "Better" is a relative term that varies from person to person and as such choice will always be top dog.﻿

my personal experience with smartphones is that iOS is the stronger ecosystem, I've had iPhone from the start and is currently just as many of you deep down in it, but I've also bought allot of apps in the google play store and wp market.

And for me the google experience just don't do it (for me) I've had a galaxy nexus for a few months and just recently the sIII but for me the hardware wasn't nearly as god as on the iPhone, I mean I at least expected more "flow" from the quad core in the sIII.
And I couldn't find the right apps in google play, and I don't like that i had to compromise.

And for wp market it still needs a few years to get it right with apps so for me it's not a choice.

But I like the "openness" of android, but if you want it on the iPhone just jailbreak, I've tried it but in my opinion it just made the phone laggy and it crashed, kind alike android;)

But it always comes to what's best for YOU?
Some like cheese and some like ham and some both!