Here is the next Nexus phone: LG Nexus 4 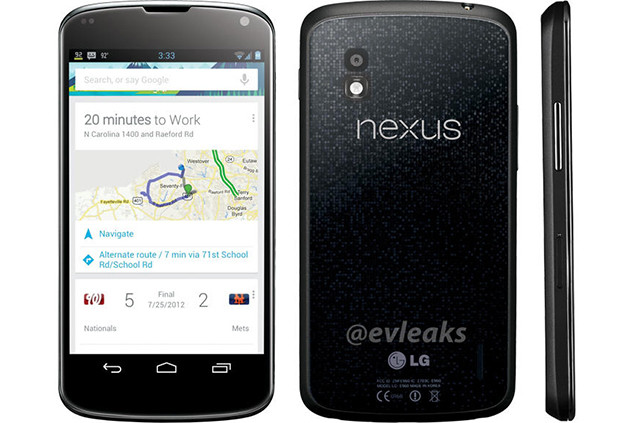 One more image supposedly on the LG Nexus 4 has been leaked online and this must be the real deal. This is the next Nexus Android[1] phone from LG.

Google will have an event on 29 October, where they probably will unveil the LG Nexus 4.

Some of the rumored specs

I really like the look of the backside of the phone. This must be the real thing, and all will be revealed October 29. Interesting times!