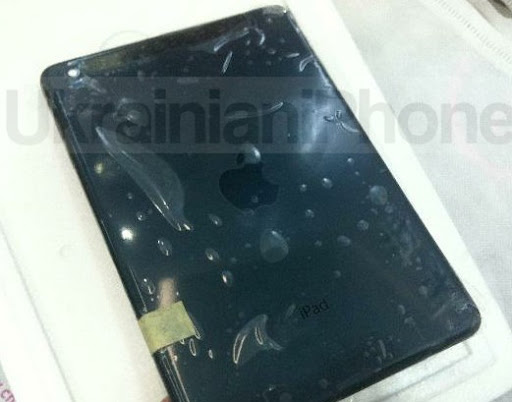 Not only that the rumors says that Apple will send out invitations October 10 to a special iPad mini event that will be taken hold October 17, and we have seen a video with a iPad mini Dummy device, now also some more interesting images of leaked parts of a potential iPad mini has leaked out on the web.

Personally I don’t believe it’s an iPad mini we are seeing, it’s just the new iPad, the iPad 4 we are seeing. A new slimmer and lighter iPad 4.

Charles Gaines
The mini has been vaporware since 2010, don’t see why that’d change now.﻿

Stefan Svartling
I don’t see why. Apple doesn’t do cheap. They do quality, so there is no reason to compete with Nexus 7, Kindle Fire and the rest.﻿

Charles Gaines
Well, FWIW I’d be totally down with a six inch or so apple tablet weighted towards consumption; iTunes in the cloud practically hollers for such a device. It wouldn’t be an ipad though-iPads do have productivity capacity to a degree and this wouldn’t. ﻿

Stefan Svartling
That is why I always said that it is a bigger iPod Touch. A media device. A consuming device. iPads is for content creation and productivity.﻿