What's the reason why iOS gets new apps and app updates before Android? 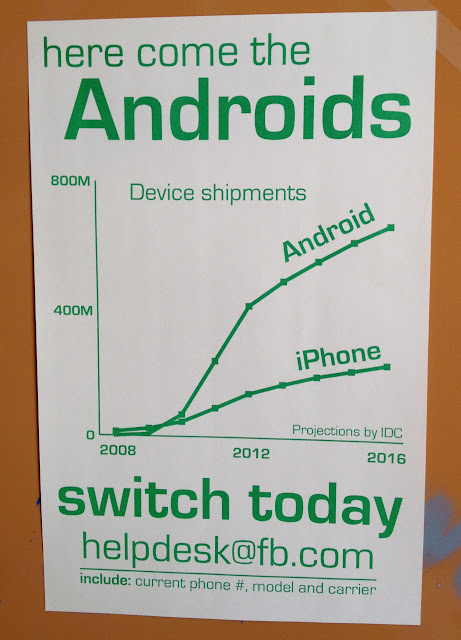 +Sarah Perez says on TechCrunch that:

Apple device owners tend to do more mobile web browsing, as has been widely known for awhile. But they’re also increasingly likely to stay with apps over time – reports have shown that iOS users are more loyal to the apps they download, for instance. But perhaps most importantly is the fact that some number of Android owners aren’t downloading mobile applications at all.

But is that really the reason why Apps gets released or updated first for iOS?

I don't think so.

One of the biggest reasons that Android users doesn't download apps from Google Play Store is because you don't need so many apps on Android as you do on iOS. Most features that you need is already built into Android.

On the very restricted iOS it's the other way around, you need apps for everything you want to do. Even for such a simple task as sharing to a social network you use that Apple doesn't support directly in the OS. In other words, everything that is not Twitter or Facebook.

And I don't believe that Apple device owners do more mobile web browsing, the reason that it looks to be that way, is that Android users uses Google Now that is built into all recent Android devices. And by doing searches and web browsing directly from the Google Now Search field doesn't show up in these "reports".

And yes, of course I know that one of the reasons why App developers doesn't release so many professional apps for Android is because of piracy. It's so easy to sideload apps on Android.
And in quite a few countries Google Play Store is still not available, so the only way to install apps is to sideload them.

I can agree though that iOS users is more "loyal" to their apps, and the reason for that is that they are more expensive so when you invest in them you do enhanced research before you buy them so you are sure that it's the right app for you, then you stick to it.

On Android you have more freedom to play around and test apps. And you can also refund apps, you can't do that with iOS apps.
Saturday, April 20, 2013