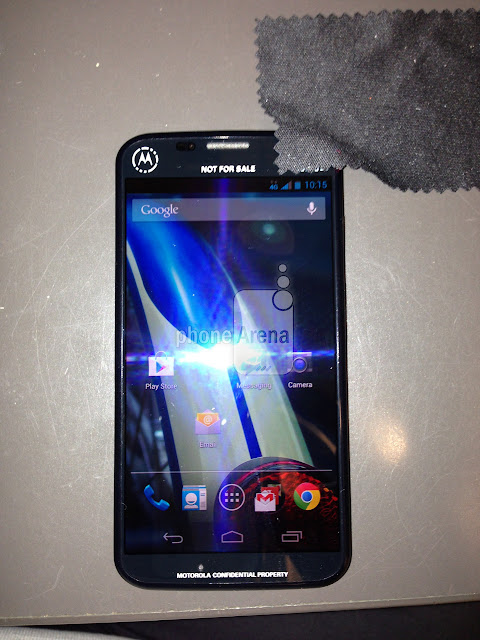 A picture of the Motorola XT1056, the X phone that being tested on Sprint's 4G LTE network has leaked out.

It could very well be the rumored X Phone. It says that it should be available August 1st. Earlier rumor has said that it will have a 4.7-inch 720p display, 1.7 GHz Snapdragon chipset, 2 GB of RAM and 16 GB of system memory, and it will have innovative features instead of latest specs.

The Motorola XT1056 will be a Sprint variant of AT&T's XFON.

The source says that this phone in the picture only have a display around 4.5 or 4.6-inch, but it could probably have 4.7-inch that the earlier rumor says. The phone is running Android 4.2.2 and has 16GB of internal storage, and have a removable battery.