After having used the new Gmail version with the new auto filtering on both my 11-inch MacBook Air and my Samsung Galaxy S3 4G for a while, I must admit that it's quite good.

I like that I can choose which mail that should go to the "Primary Inbox" by just drag and drop emails in Gmail on my computer "learn" it. That way I only get notifications from emails I want to be notified about. And I get notified of the same emails on my Android phone too. 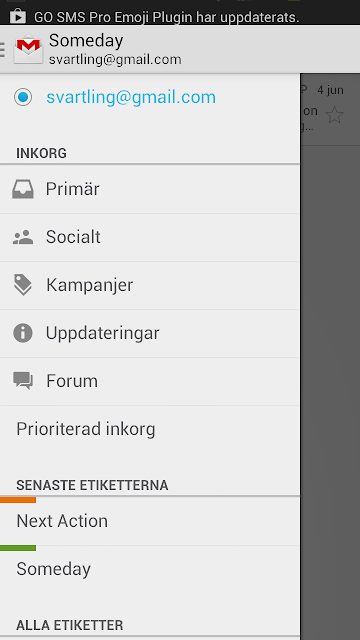 And I like that it's easier now to move emails to the right folders in Gmail on my phone. And as I talked about in a video on how I use Evernote, I live by GTD, and email is a very important part of that. 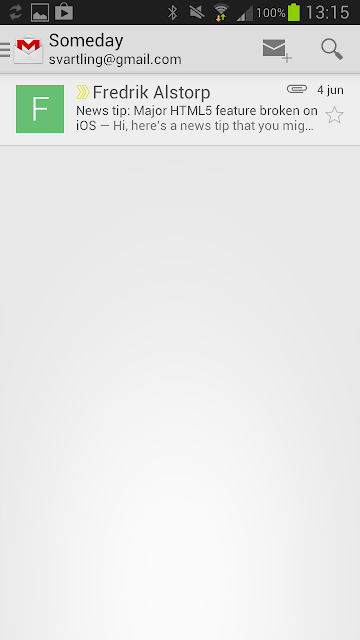 I think the new Gmail makes me more creative and productive by having fewer notifications, and fewer emails in my Inbox (Primary). And the new features makes it easier to organize emails and add them to my GTD system. 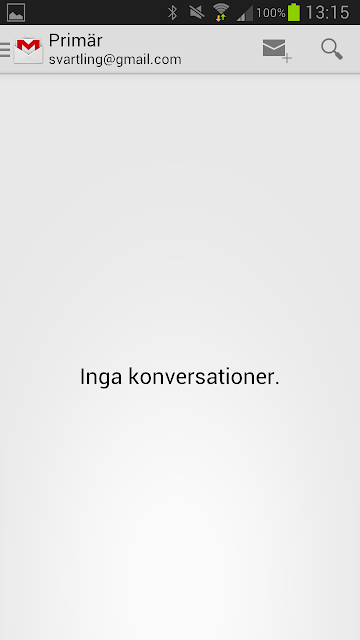 Not that I had problems with that before, I always had Inbox Zero every day, but this will make it easier and faster to accomplish that.
Sunday, June 09, 2013
android desktop gmail gtd web app