Will the Samsung Galaxy Note 3 have a 5.99 inch AMOLED flexible display after all 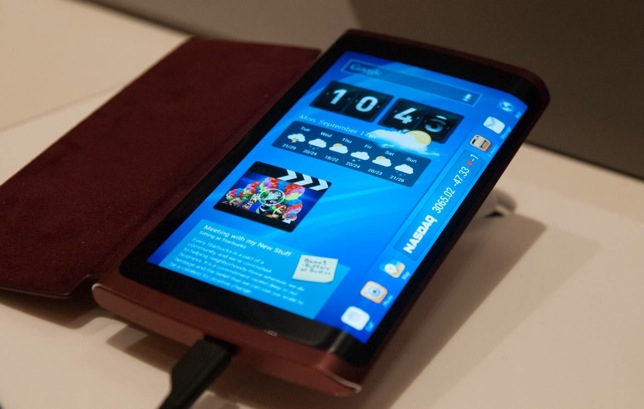 An early rumor said that Samsung was testing three different versions of the upcoming Samsung Galaxy Note 3 phablet, and that one of those had a flexible screen. Now a new rumor out of South Korea says that Samsung is using a 5.99-inch flexible AMOLED display on the Galaxy Note 3, and that Samsung will start production in August and launch it in September, probably at the IFA 2013 event in Berlin.

According to the rumor, Samsung decided to go with the flexible display after demand started fading for their flagship phone Samsung Galaxy S4.

Also a rumor says that LG will release a phone with a flexible display, so maybe that helped Samsung with the decision too.

But personally I think it's too early for flexible displays. I believe next year could be when we see that on a phone. At the earliest.

Here is a video I did about it: