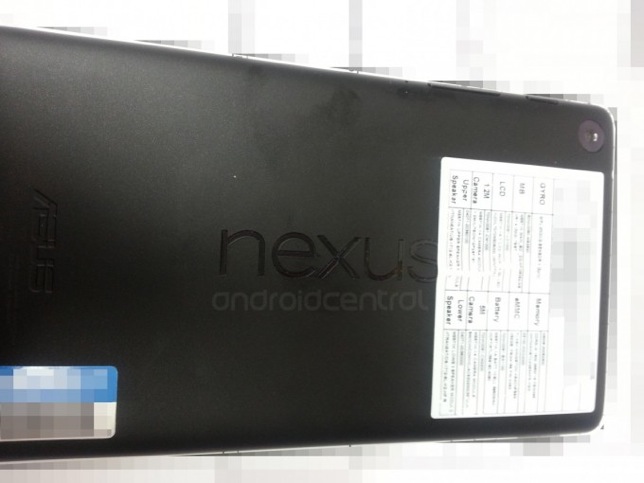 We only have a week or so left until Google will have an Android event, so more and more leaks of the next Nexus 7, the Nexus 7 II shows up. Now we have some hands-on photos and even a video of it. The specs mentioned this time is the same as I have reported earlier: a 7-inch LCD display (1920x1200), 1.2-megapixel webcam, 5-megapixel main camera, Snapdragon S4 Pro (earlier rumors has also mentioned a Snapdragon 600), and what's new this time is a whopping 4GB of RAM, but that I am not sure about, it will be too expensive. And of course it will run on Android 4.3, we are talking Google here, and Android 4.3 is probably what they will show us next week. 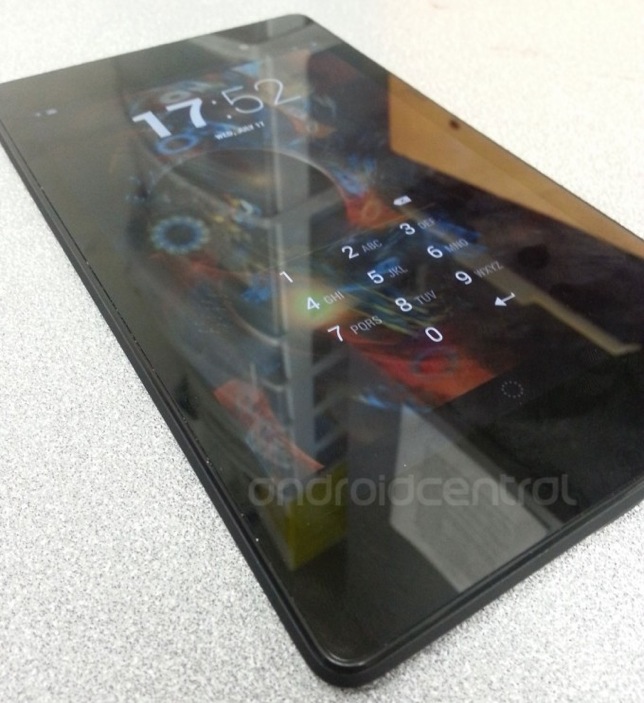 What we're looking at here is labeled as the ME571K_PR1_SKU2, again manufactured by ASUS. It should be one of (at least) two versions of the Nexus 7 successor — we're expecting 16- and 32-gigabyte options, and it's probably safe to assume we'll see Wifi-only versions as well as models with cellular data connections.

There's a 1.2-megapixel shooter from LITEONMOBILE on the front, and 5-megapixel camera by Chicony on the back. The rear camera appears to be situated in the same corner as the 3.5mm headphone jack. 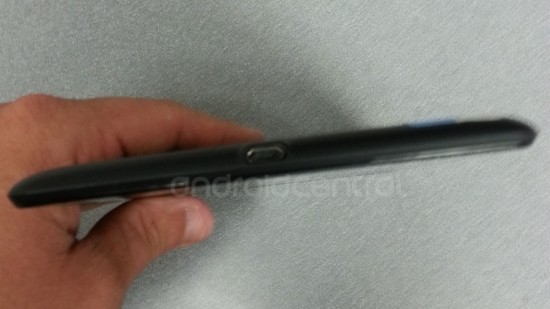