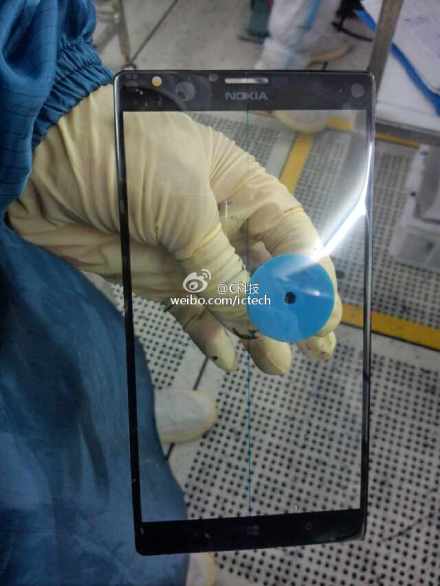 An image of a 6-inch Nokia LumiaPhablet has leaked out, and it seems to have a very thin bezel. So this will be the first bigger device from Nokia running Windows Phone. Windows Phone 8 doesn't support 1080p resolution for some strange reasons at the moment, so this won't probably come until the next big update of the Windows Phone OS, in the end of this year or so. Next version of Windows Phone is said to support larger screen resolutions.


Our guess is that this would come along with the Windows Phone GDR3 update around the end of the year. That would allow a 1080p display that almost seems like a must for such a huge screen.

The front panel also has an opening for a front-facing camera, and that’s about all the intel we can gather from this shot.


It looks big doesn't? But still not as big as my favorite, the Sony Xperia Z Ultra ;)