What I think of LG and LG G2 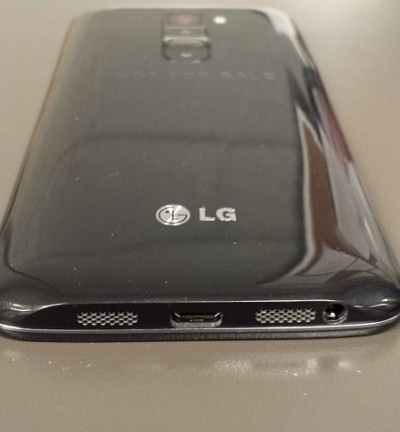 LG G2 (Optimus) is on it's way, and we have seen some interesting leaks about it.
Personally I think it looks great, even if it has some strange solutions like the volume buttons on the back.
Although, 5.2-inch display may be too small for me, I think this phone will be one of the most interesting this year.

But the problem for LG is that they have to fight against Samsung and the Galaxy S4. Personally I think the S4 was a failure, not too much has changed since the Galaxy S3.

Samsung is also failing because of all the bloatware and changes they make to Android. Seriously, do you actually use any of Samsung's gimmick features on their phones? I can only see one thing Samsung has done right with the software on their Galaxy devices, and that is the camera software. I like that a lot. But with all these changes to the software, Samsung tries very hard to create their "own" OS, that's why I also thinks that they are trying the way with Tizen, and Google feels this and has starting to change Android to an even more open Android, where anyone can install Stock Android apps on their phones directly from Google Play Store. The future for Android will be more Stock, pure android.

So I think LG has a chance here, if they are doing the software right, not too much changes to the OS, and have fast updates of it. This is something LG has done badly historically, and also Sony, but look at Sony, they have changed totally, and has an almost stock Android version and the latest devices get updates really fast, one of the fastest on the market now.

So if LG is doing it right, they can finally compete with Samsung, and personally I prefer LG's IPS displays over Samsung's kinda dull Super AMOLED screens. IPS rules in direct sunlight.

So it will be interesting to see if LG can compete with the LG G2 (by the way, they have dropped the name Optimus on high end devices). Hopefully they are doing the right thing with the software, it's their only chance.