I am very satisfied with CyanogenMod 10.1 on my Samsung Galaxy S3 4G 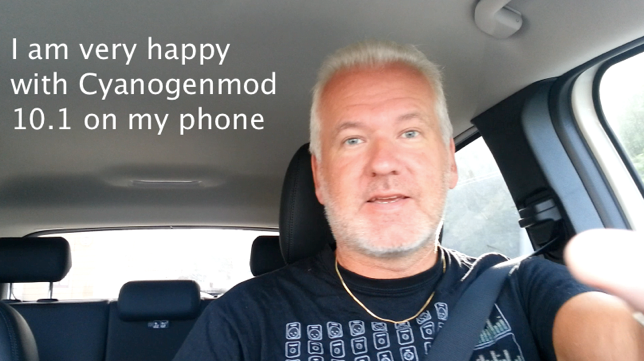 I'm very satisfied with CyanogenMod 10.1 on my Samsung Galaxy S3 4G (GT-i9305). It runs smooth, looks beautiful, and the best of all, no Samsung bloat, no strange features that I never use. Just a pure android experience.

At first, after flashing the custom rom, I had some problems with the WiFi connection, it connected just fine but didn't receive any data, but for some reason that problem just vanished, I don't have that problem anymore, and I haven't done anything to fix it either. So it was very mysterious.

And yes, battery life is probably not as good as before, but I haven't done any real tests of it yet, so I don't know really. I believe it is good enough though.

One of the biggest advantages by running CyanogenMod, is that finally the Android file transfer for Mac works! Before I had to use the terrible Samsung Kies to transfer files back and forward between my Android phone and my Mac. Or of course use the excellent Airdroid wirelessly. So that is a nice thing.

Another thing that was a glad surprise, is that one of the default apps that comes with CyanogenMod is called Movie Studio, and you may know how much I have been looking for a more professional video editing app for Android, instead of all the pure junk, toy video editing apps that is available in Google Play Store. And now finally I have one! This app didn't work on my Samsung phone before, but now with CM it works, and is even pre-installed :) It's not perfect though, doesn't work with all video files, but it has the features I need, for example adding photos, titles, transitions, audio tracks and editing out frames that I don't want. This was a very pleasant surprise!

So all in all, I am very happy with CyanogenMod 10.1, and 10.2 will even be better with a real blocklist/blacklist feature for phone calls and much, much more.

Watch my vlog about it here: