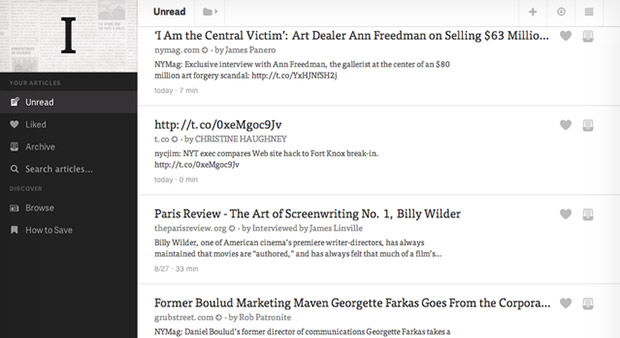 I was a huge fan of Instapaper when I was an iOS user, but switched to Pocket once I started to use Android instead, one of the reasons was because the Instapaper app sucked on Android. Now the new owners Betaworks, is releasing a new fresh web version of Instapaper, and soon new mobile apps and bookmarklets too. But to be honest, I still don't see a compelling reason to switch back form Pocket…


Now, we're seeing the first wave of changes roll out since the save-and-read-later tool changed hands, starting with a complete overhaul of its web interface. Instapaper's new website still remains simple -- good thing, because that's part of its charm -- but borrows design elements from its iOS and Android apps. In the next few weeks, Betaworks (the company that now owns Instapaper as well as Digg), will also unleash revamped mobile apps, improved browser extensions and a handful of new features