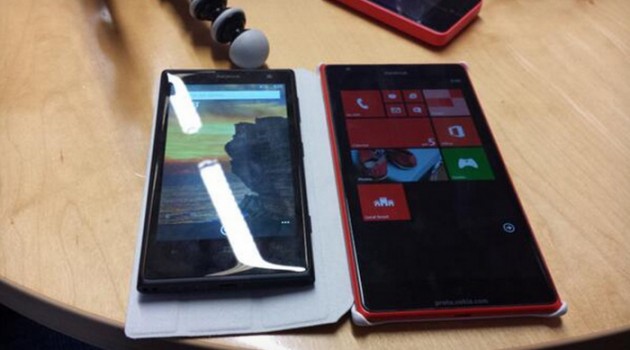 Here is a leaked photo of Nokia’s rumored Windows Phone Lumia 1520 phablet codenamed “Bandit," it appears fully assembled and functioning in the photo. As I've reported before, it can't be launched until next big Windows Phone GDR3 update is released, the reason is because Windows Phone doesn't support high screen resolutions. The next update will. So maybe we will see this 6-inch Nokia Lumia 1520 Windows Phone phablet just in time for Christmas.


Based on multiple reports, the Lumia 1520 is expected to sport a massive 6-inch 1080p display and a quad-core Qualcomm Snapdragon processor. The Windows Phone 8 handset will allegedly launch this Nov. on AT&T, though not exclusively. That means Microsoft will need to release the GDR3 update for its mobile OS sometime this fall, since the current software doesn’t support any of these rumored specs.