These are the best phones this year 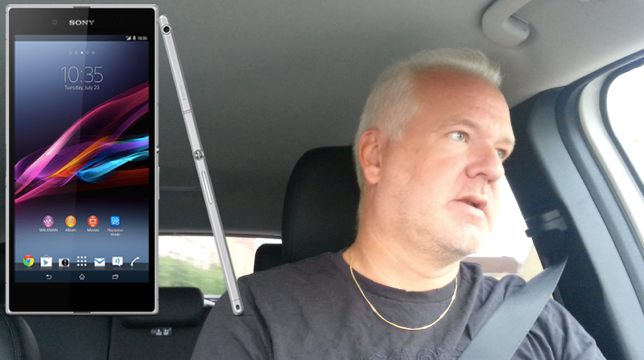 Yes I know that I've said that I have decided to buy the huge Sony Xperia Z Ultra this Fall, but I must admit that it gets harder and harder to choose! So many good devices is released this year.
Here is my list of the devices I think is the best this year (released, non-released), with my personal thoughts and comments on every device.

This is the number one on my list, it's huge, 6.44-inch big but very beautiful, maybe it could be a tiny bit too big to always have with me though. But I already now have my Samsung Galaxy S3 4G always in my back pocket of my jeans, so no huge difference there. It doesn't matter if it's 6.44-inch if I carry it in my back pocket. It's more the handling of it I am a bit worried about. I mean, I don't want to always have to use both my hands. I would like to do some stuff with just on hand. I am not sure that will be possible with the Xperia Z Ultra...

Sony devices is good for the hacking community though. Sony is very open to that. And Sony has promised that they will update their devices as fast as possible, and I believe them because they only do some light changes from stock Android nowadays. So I like the way Sony is doing it, and I like their UI. But I am in love with CyanogenMod and will I be able to install it on the Xperia Z Ultra if I want to? I think so. But I am not sure I will, maybe just rooting it? I kinda like that it's waterproof too, not that I will be worried to drop my phone in the water, but it's easy to clean it if it is :)

And of course their always is the coming Galaxy Note 3. I believe it will have a 5.99-inch display as I have posted a lot about, but the latest rumors says that it will only use a 5.7-inch, and if that is true, it may be to small for me. And as I've already posted about, I am planning to move away from Samsung because I don't like what they are doing, I don't like that they are trying to move away from pure android as much as possible, I don't like their bloatware, and I don't like all their strange feature they are adding to android that nobody uses. And I am tired of their boring plastic design. If the Note 3 will have the same boring design as the Galaxy S4, then they loosing it. And I don't care a dime about Styluses, it's a technology from the 90's. I never use pen and paper so why would I like to use the S-pen? Never.

Then there is the much rumored HTC One Max. A coming phablet from HTC. It's rumored to have a 5.99-inch display and that size is just perfect. And it has the beautiful HTC One design and build quality. Can it be better? Well, I don't like HTC Sense, and definitely not Sense 5. Too much "hip" look, like FaceBook, and I hate Facebook. And HTC devices is not so popular in the hacking community. And I have found quite a few apps that doesn't even work good on HTC devices. These kind of things worries me because I don't want to be locked in to HTC Sense. And if you install a custom rom you loose the ultrapixel camera features.

And then there is the highly interesting LG G2. It's only 5.2-inch so it is way to small for me, but it is nicely designed with very thin bezels, so that it is not much bigger than the Samsung Galaxy S4 when you hold it in your hand. Same plastic material as the Galaxy S4 though, but it has some innovative features like buttons on the back and so on. The big minus is the incredibly ugly UI LG put on top android though. Very ugly. And LG is not so positive to the hacking community so I am not sure we will see any good custom roms for it. And LG is terrible at releasing updates too. And sometimes as strange as Samsung. Specswise this handset is the best on the market at the moment though. And it feels good in your hand...

The last phone on my list is the much rumored Sony i1 Honami, it will be presented on IFA show in September, and it will have all the best things from Sony, and all the best specs available into one device, One Sony. So specswise this will beat everything on the market. But it's just a 5-incher, and that is too small for me. But I am totally sure that it will be one of the best phones this year with all the other benefits the Xperia Z Ultra have that I described above.

So these are the phones on my list over the ones I am interested in buying this Fall. And please note that I am only interested in devices that I can buy here in Sweden.


Watch my vlog about this here: