Google Hangouts 1.2 - see who is on and who is not and pinch to zoom! 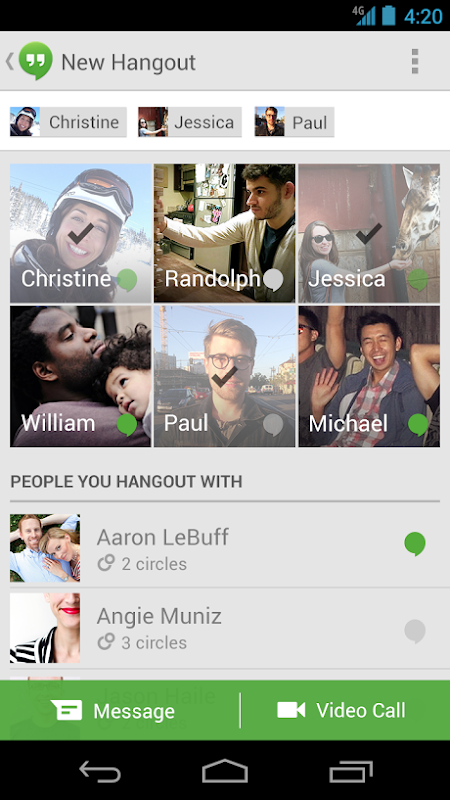 Google is updating their apps again at the moment, earlier today I posted about that they released a new Gmail version for Android, and now they have released a new version of Hangouts. Seeing who is on Hangouts now is very useful, and also pinch to zoom photos is finally possible. Google is rolling out this new version for Android at the moment. So hang in there! You soon get it.

Here is the new Hangouts 1.2 features: