I'm testing TouchPal X Keyboard for Android instead of SwiftKey 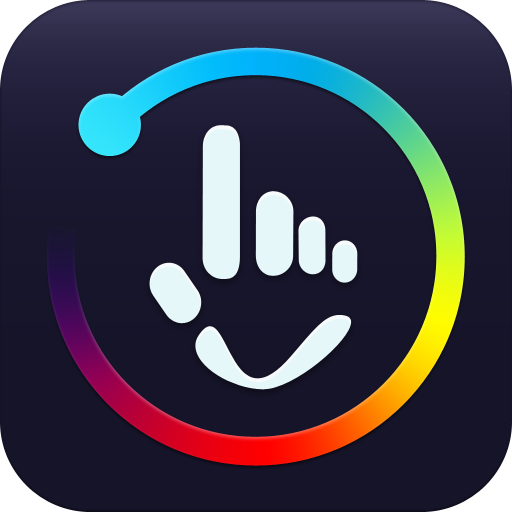 Will it beat SwiftKey, the king of keyboards?

I’ve got a tip on a Google+ post to try out a software keyboard called TouchPal X for Android. It is also available for iOS by the way, but iOS is a too closed system so you can’t choose it as your default keyboard unfortunately. But Android doesn’t have that problem. 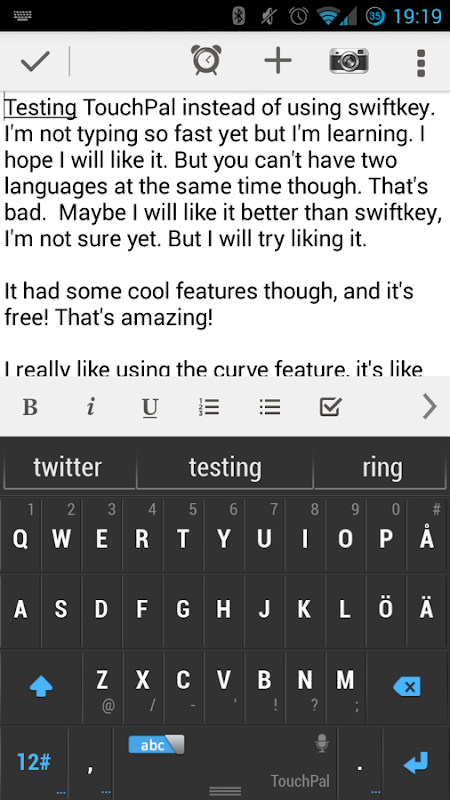 This is the first text I typed with TouchPal: 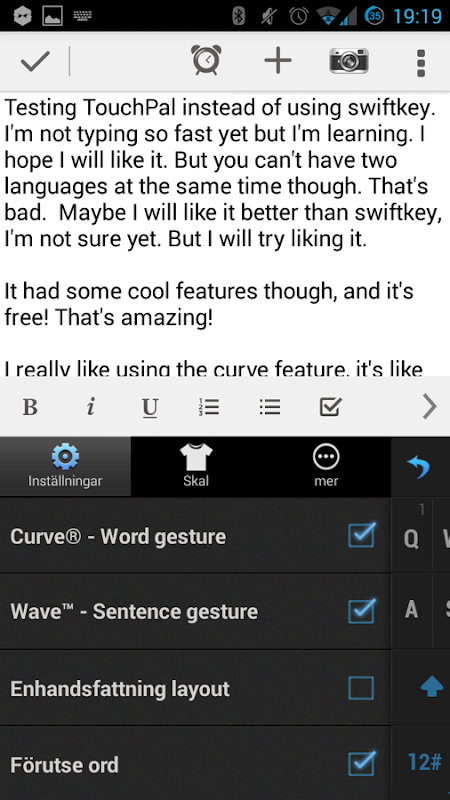 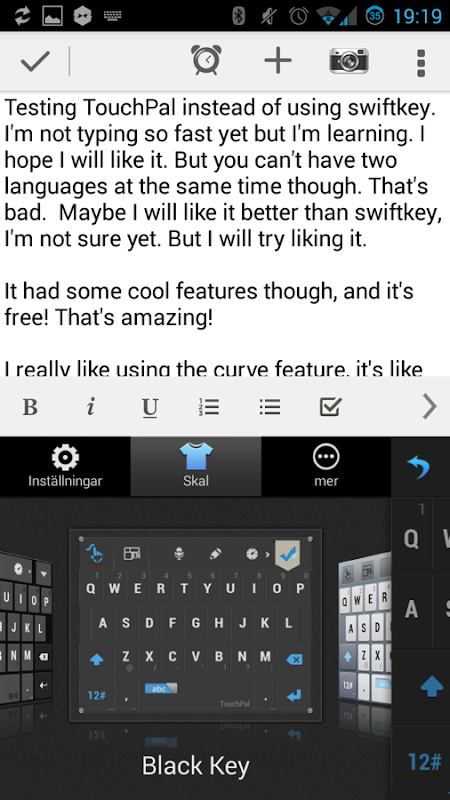 TouchPal has some cool features though, and it’s free! That’s amazing!

I really like using the curve feature, it’s like Swype or Swiftkey Flow, but seems to work a bit better. You can also use a feature called wave, that makes it possible to swipe sentences by dragging them to the space bar. I think that feature could be one thing that will make this faster than the competition. 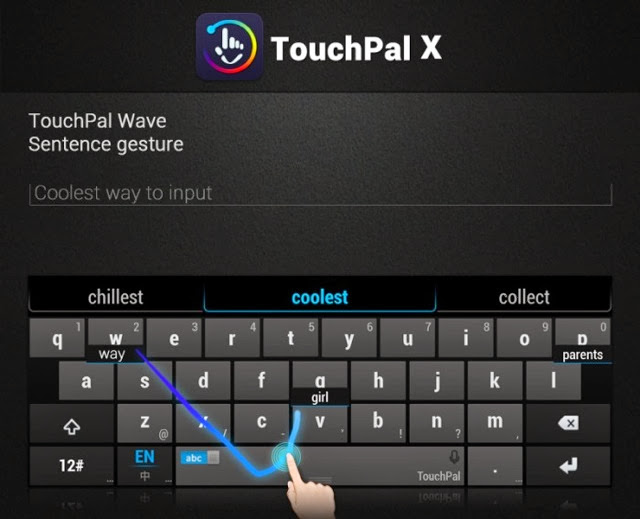 I really like the wave feature, it makes it really fast to type full sentences without lifting your finger!

And I also like all the different themes available. Hard to choose which one to use though :-)

I will for sure start swiping when typing again :-) 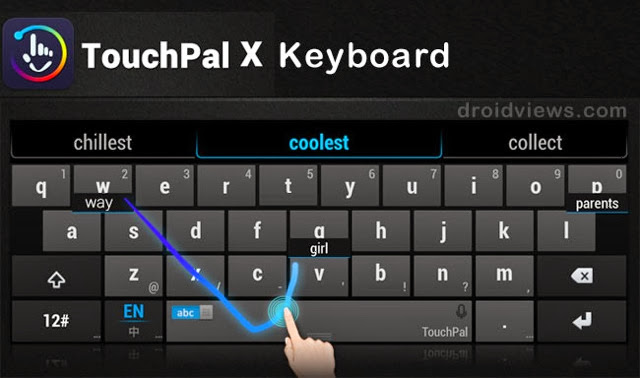 I will use TouchPal from now on, at least for a while to see if I will be faster than with Swiftkey. Typing fast is important to me, because I use my phone to be productive with, I do complete blog posts on my phone.

Update: I'm back on SwiftKey again… I couldn't get any "flow" with TouchPal, I couldn't come up to speed, I am much faster with SwiftKey.