It doesn’t seem that Phone Arena gets it, this is just one step forward into the future, it’s a step to get all apps 64 bit compatible. Remember that OS X Mavericks is the last version on the OS X platform next version is OS 11, which I believe will be called Apple OS, why? Because it will be the first version where iOS and OS 11 is merged. That’s why Apple’s A7 processor is 64 bit. To help with the merge. Yes I know it’s an Arm processor, but I think Apple has a surprise for us when the day comes.


Here’s the problem: the main benefit of 64-bit architecture is in being able to surpass the 32-bit limit of 4GB of RAM. As you may have heard, the iPhone only has 1GB of RAM, and the most we’ve seen from any smartphone is 3GB in the Samsung Galaxy Note 3. iOS 7 has been optimized, so the system may get slight boosts from the shift, but it won’t be much. Otherwise, users live in apps, not in the system, and even apps that are optimized for 64-bit won’t see that much of a performance bump. And, most apps will be slow to fully adopt the 64-bit architecture because of the wealth of iOS devices that are 32-bit only. 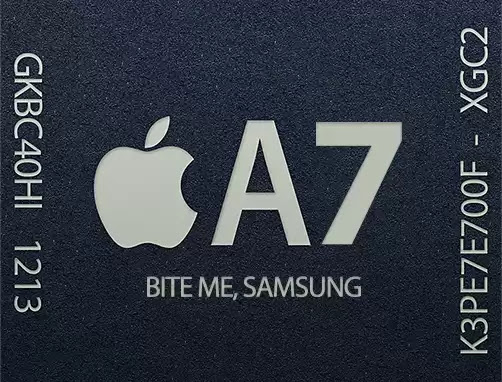