My thoughts on Apple's keynote and the new iPhones, iPhone 5S and iPhone 5C 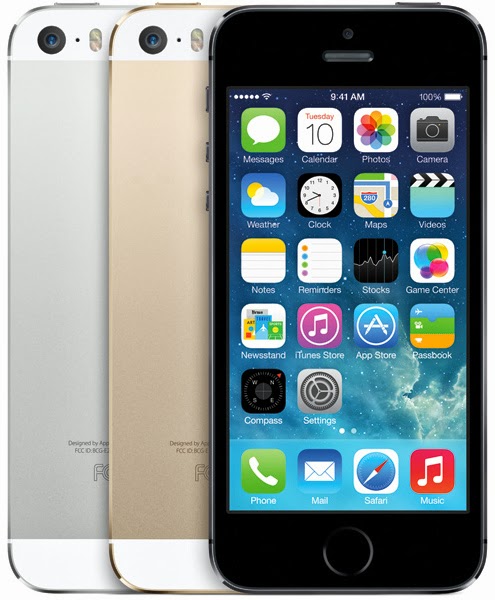 Apple had an event where they presented the new iPhone 5S and the iPhone 5C, and I think it was a quite good keynote. Apple did an unusual thing, they talked more about specs than about software, Apple usually don't do that. And the keynote had a high tempo too.

Most of the specs and info about the new iPhones had already been leaked plenty of times, so there was not much secrets left.

The iPhone 5S is the new flagship phone, and will come in three new colors instead of white and black, Gold, SIlver, and some Dark Grey. To me the Dark Grey looks best.

It also has an upgraded camera, still same 8 megapixel though, they have done more like HTC did with their ultra pixel camera, bigger camera sensor and some software enhancements. So the camera should be better in low light environments.

The iPhone 5S also has a new fingerprint sensor, that you can lock up your phone with, and you can also buy apps from the app store with it, and I also thinks that Apple will add more features for it in the future, maybe we even will be able to pay with it when shopping. I have always been skeptical to this technology, easy to hack, too slow to be useful and more, but Apple says it has a high security, and by watching some videos and so on, it looks to be quite fast, so maybe they have succeeded with making this useful. My guess is that we will quite soon see if it's easy to hack though.

And the new 64-bit processor then, yes I know there has been a lot of bad critics about it, and that it needs 4GB RAM memory to be useful and so on, but the games they show us, looked very impressive on that processor, and I believe this is a step into the future, a preparation for a merge between iOS and OS X. We will have some Arm-based MacBook AIr-like devices in the future, running 64-bit apps, I am sure of that.

The iPhone 5C is like a plastic iPhone 5 and will come in different bright colors, almost same specs, and in fact, it will replace the iPhone 5. Cheaper than iPhone 5S, but more expensive than the iPhone 4S that will be Apple's cheap iPhone.

So all in all, I am quite impressed by what Apple presented to us, but I would still not recommend buying the new iPhone 5S if you already have the iPhone 5, maybe if you have the iPhone 4 or 4S though.

Personally I will buy the best phone this year: Sony Xperia Z1.